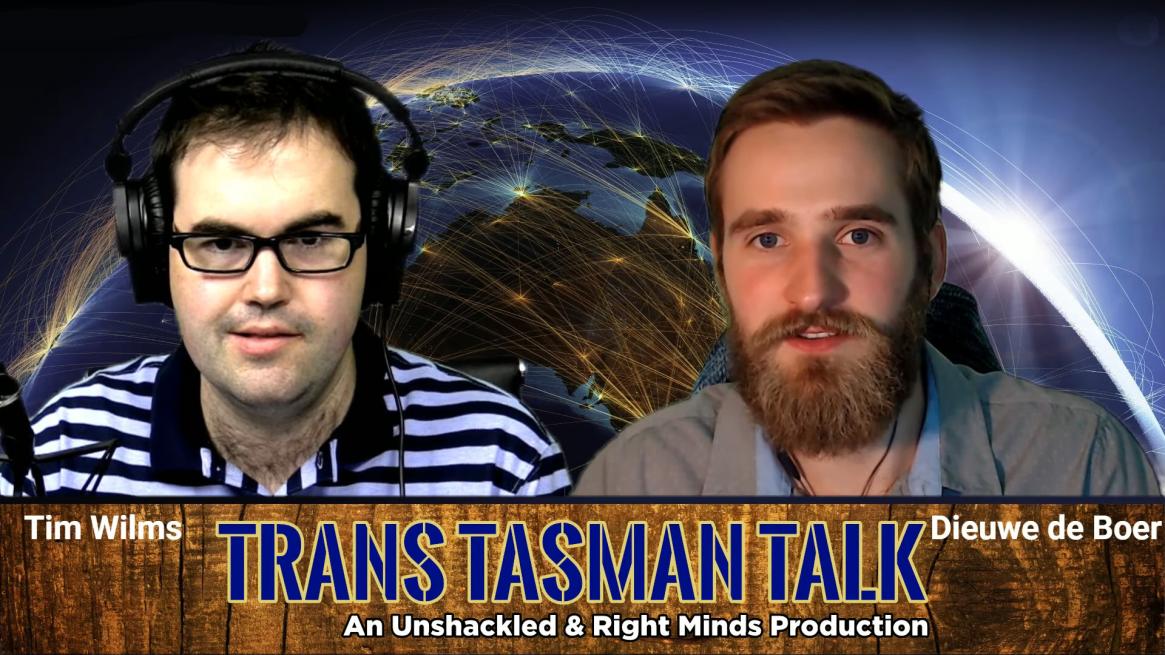 Trans-Tasman Talk returned from it's summer holiday hiatus for Tim Wilms and Dieuwe de Boer to discuss how the world has ended several times in the first month of 2020. There was a quick catchup discussion on WW3 and the Coronavirus plague. New Zealand is holding elections and two referenda on September 19th, and the polls are currently very tight.

Tim gave a recap of Australia Day and how both left and right are hailing it as a patriotic holiday. Only in Melbourne does any form or organised resistance from the far left remain. There were various new media personalities arrested on the day for the crime of possibly being assaulted by left-wing protesters.

New Zealand has its own national holiday coming up, Waitangi Day,and Jacinda Ardern might face protests. These protesters have been illegally occupying land at Ihumatao and preventing Fletchers from building over 400 new houses there. Jacinda has promised to resolve the situation, but time is running out for her. It looks like the taxpayers will be on the hook for $45 million, over a hundred years of treaty settlements, and the private property rights of all New Zealanders might all be torn up. ACT leader David Seymour has aggravated both left and right by planning a "Make Aotearoa Great Again" event on the day.

There elephants in the room was the topic of Dieuwe being raided by the police after New Zealand's gun confiscation ended in failure. Tim went through a few far left tweets that made a far fetched attempt to smear Dieuwe as "far right".

Scott Morrison is in trouble with the polls after his bushfire response was perceived as uncaring, and he had a terrible start to the year with a sport's rort scandal engulfing the Minister of Sport.

New Zealand's Speaker of the House, Trevor Mallard, is being sued after he claimed on a radio programme that there was a rapist working at parliament. A warning that making defamatory claims about people can land you in hot water.