What will the Trump regime's real posture be towards Russia? 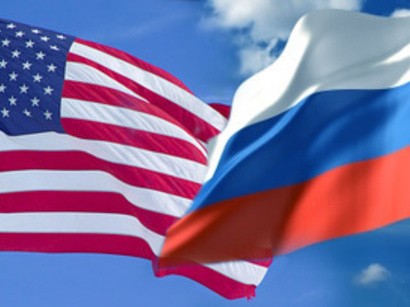 "Never mind what they say, watch what they do."  It's an old adage, and like most old adages helps us better understand the world around us.  The relationship between the United States and Russia is one of the most important on the international stage.  Several times in his election campaign Donald Trump indicated that he wanted to get serious about a re-set of the relationship with Russia.  It is encouraging to hear this kind of rhetoric rather than the vacuous demonisation of Russia propagated by the controlled mainstream media (refreshingly summarised here in the Guardian).  International politics is a complex affair though, and it's difficult to tell at this early stage how serious Trump is about rapprochement with Russia, or, if he is serious about it, how successful he will be at implementing this. The US intelligence community seems dominated by dyed-in-the-wool Russophobes and the intelligence agencies have already shown an inclination to actively undermine President Trump's position.  It will be no easy task to alter their perspective on the Russian bear.  Also keep in mind the power of the military-industrial complex and the global elite who benefit from maintaining the hostile posture of the US towards Russia.  There are very powerful, big money players who directly benefit from keeping the anti-Russian rhetoric at fever pitch.

Further complicating the picture is the fact that politicians and senior administrative figures will often make certain statements and adopt certain positions out of expediency or to distract from their real intentions.  It may not be the right time to move against a certain agency or opponent.  It may be expedient to play along with an established pattern of co-operation or hostility until the time is right to alter this to what they might really like it to be.  We can't just be guided by statements and speeches we hear reported.

So, what should we use to guide us as we try and fathom what US/Russia relations will be like under a Trump administration ?  Shall we let the old adage above help us ?  Never mind what they say, watch what they do.  Three key areas will act as bell-weathers in the early stages of the Trump administration.

Firstly, the middle east and potential co-operation between the US and Russia in combating ISIS.  Again, this was much heralded during Trump's election campaign and was met with equal enthusiasm by Mr Putin.  Well, we'd have to say things are off to a flyer on this front.  Within 24 hours of Trump's inauguration, Russia moved it's anti-ISIS air campaign into high gear.  Whilst the Pentagon flatly denied US co-operation with this activity, clearly the timing of this escalation relative to the Trump administration taking over suggests it signals a re-set of the arrangements in the Levant.  At the very least, Russia would have had to notify the Pentagon under existing protocols and must have felt a high degree of confidence in taking this action.

Secondly, the Trump administration's commitment to NATO, and specifically the extent of it's support for the ongoing military build up along the NATO/Russia border states.  Here things don't look so promising.  During his election campaign, Trump seemed quite lukewarm about NATO, questioning whether the US would necessarily support NATO countries if attacked, particularly if they were not seen to be contributing adequately to their own defence. At other times, he questioned NATO's relevance and suggested that it had outlived its' usefulness. Since taking over, however, the Trump administration has adopted a clear position of supporting NATO and reinforcing solid US support for the alliance, although still wanting all members to pay their fair share.  An even more clear indication of US commitment was made by Vice President Mike Pence at the Munich Security Conference in the last couple of days.  Using unambiguous language, he stated that the US would 'hold Russia accountable' and talked of 'unwavering support' for NATO.  So, is this a case of political theatre ?  A distraction ? Perhaps this bellicose NATO rhetoric is convenient political cover to keep the neocons quiet while Trump and Putin finish the job against ISIS ?  Maybe it’s a question of timing and it serves the administration for now to maintain the apparent hard line against Russia until the conditions are right to alter the narrative and change course.  Or maybe Trump has a long way to go to convince the rest of his administration of the wisdom of his friendly overtures towards the Russian bear.

Thirdly, we should keep an eye on developments in the Eastern Ukraine.  It’s now clear that the Obama administration played a key role in the overthrow of the democratically elected President of the Ukraine, Viktor Yanukovych. In February 2014, a fragile ceasefire was negotiated in Minsk, Belarus between the ‘Normandy Four of Germany, Russia, France and Ukraine.  Known and the Minsk Protocol this has only managed to dampen down the conflict and prevent all-out war.   Hostilities have continued, with significant fighting breaking out from time to time.  Then in early February 2017 a major offensive was launched by the Ukrainian forces in conjunction with far right militia groups. This has prompted the Normandy Four to hold urgent talks again at the Munich Security Summit.  Again, this sort of military initiative would not be undertaken without the US being in the know and providing either direct or indirect support.

If President Trump was able to actually implement the shift in US/Russia relations he has indicated he wants, it would be of huge credit to him, and perhaps the most significant foreign policy achievement since the Reagan administration managed to bring about the fall of the Berlin Wall and the end of the Soviet era.  I suspect though that Mr Trump has significant work to do to bring about the necessary changes in the US administration to make this happen.