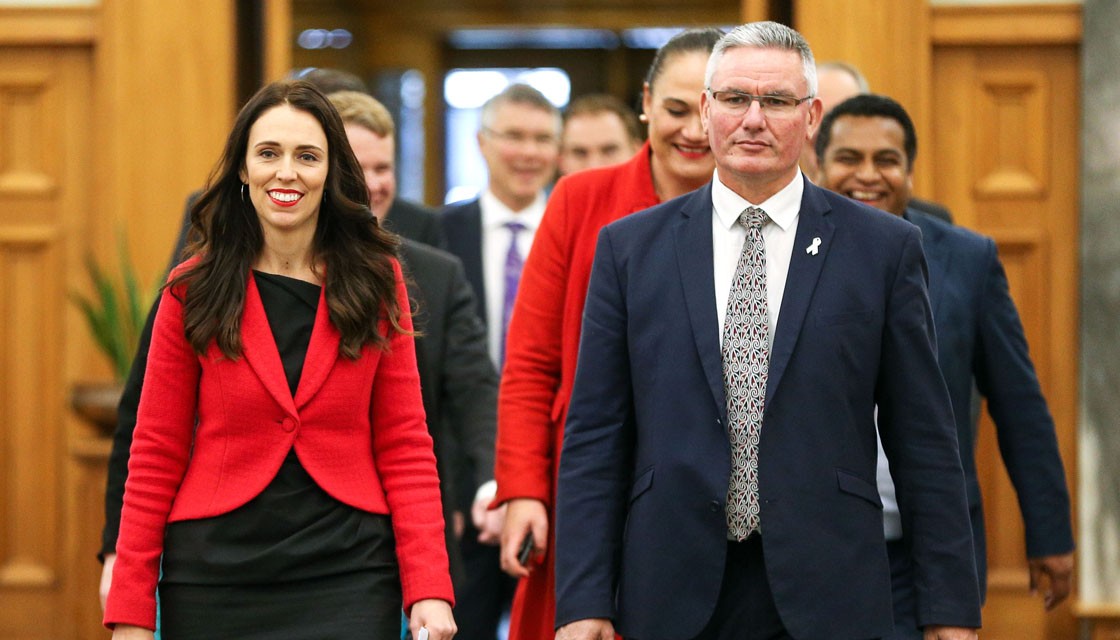 The new Labour-led government’s plans for its first 100 days has a depressing inevitability about it. Various lollies handed out to key voting blocks - students get the first year of tertiary education free and an extra $50 a week living allowance; family allowances to increase, and sundry other measures with cost implications. Not one item of the 100 days plan has any element of either increasing productivity or reducing the cost of government.

The Prime Minister has been clear that there will be no new taxes until after 2020, which obviously raises the question of how everything will be paid for.  Given that the government had experienced a solid and increasing surplus through 2016 and 2017, with strong tax revenue growth, the new regime have something with which to play. Then, with its Tax Working Group also being established in the first 100 days, no doubt they’ll dream up some creative ways to either Welsh on the "no new taxes" promise, or simply kick the can through 2020, taking advantage of the current wave of surplus, and deal with it then.

Of more concern than the simple book-balancing of the government’s pet projects though, are the elements of the plan likely to have the greatest long term impact on our freedoms.   Nothing helps government to further cement its role as the controller of every aspect of our lives than the two wonderfully nebulous issues of climate change and poverty reduction.  At least with straightforward tax and spend initiatives like increasing student allowances or family tax credits, it’s clear what the deal is and somebody gets something in their pocket.  With climate change and poverty initiatives however, the government can continue to grow and grow without ever having to actually achieve anything.

Take climate change, previously know as the global warming issue. As the 21st century began to unfold however, various inconvenient truths contradicted Al Gore’s Inconvenient Truth, so now it’s climate change. It now seems obvious that the climate change bandwagon is primarily a vehicle for moving the world towards global taxation models and global government. There may well be some climate change occurring, but to what extent human activity is driving this remains moot, and even if it is driven by human activity, implementation of the proposed carbon targets would surely do more harm than good compared to a policy of adaptation. None of this is stopping the Labour led government from adopting a zero carbon emissions goal, setting itself up for no end of draconian interference in the lives of New Zealanders in the coming years.

There's a delightful symbiosis between the climate change and poverty issues. Charging ahead with the implementation of climate change goals will increase poverty. People in poverty are less able than wealthy people to find and implement ways to address human induced climate change. A politician’s dream come true.

The government plans to set goals around child poverty reduction. No doubt these will be cues for more government spending and state driven programmes, rather than any reversal of the decades of social policies which have undermined traditional families and created multi-generational benefit dependency and the normalisation of single motherhood and all its attendant problems.  Lindsay Mitchell, in the in-depth report linked above sums the situation up perfectly when she says "in the very many discussions and reports about child poverty, the elephant in the room is ignored, family structure."

So don’t be seduced by the handouts, we’re heading for a period of increasing government control and intervention.