Jordan Peterson Coming to Auckland and Christchurch in February 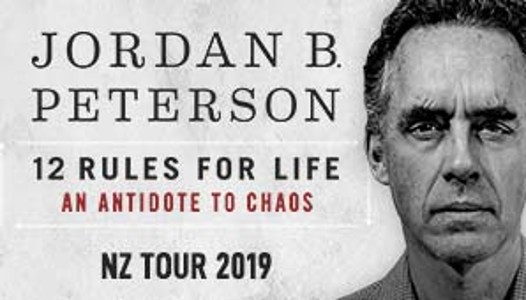 Auckland tickets sold out after two days, but as of writing there are still some tickets available in Christchurch.

Peterson will be in Auckland to speak on Monday 18th February, 8pm, at the Auckland Town Hall and will be in Christchurch on Wednesday 20th February at 7:30pm at the Isaac Theatre Royal.

Auckland supports who missed out on tickets are planning to gather in support of him regardless, to counter the inevitable left-wing protest.

I won't link to any of the media coverage, but one journalist apparently had xer life ruined by Jordan Peterson by trying an all meat diet for a week and another was severely triggered by Jordan Peterson's suggestion that monogamy should be culturally enforced.

You can watch this 4 second video that Rachel put together which will perfectly sum up any legacy media coverage of JBP in New Zealand: