One New Zealand - The People Wake Up 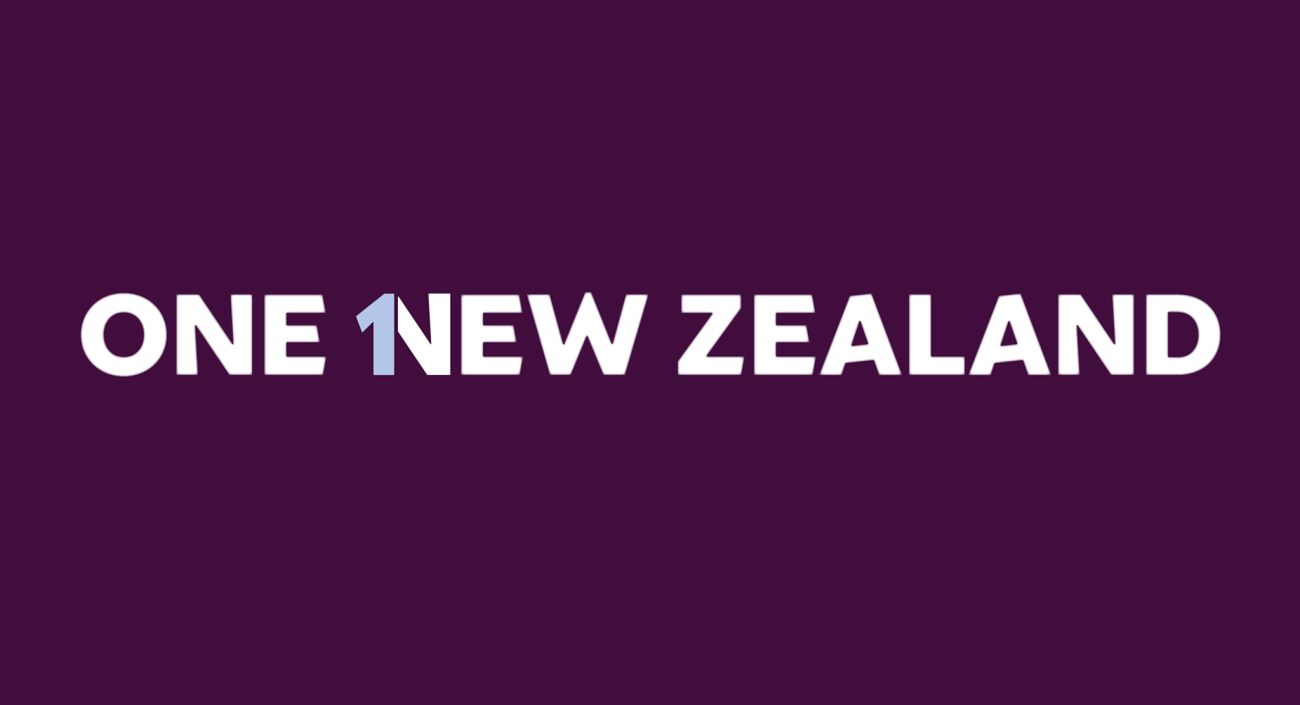 The time has come for a genuine people’s party in New Zealand politics.  The recently formed One New Zealand Party is set to break the mould of politics in this country.

Whilst the majority of Kiwis have been busy working hard at their jobs and businesses and bringing up their families, the political class has been quietly selling us out to globalism and special interests. Eroding our values base and destroying our families. Frustrating the efforts of ordinary people to increase their wealth and standard of living, whilst benefiting multinational corporations. Growing a permanent victim class which feeds off the productive sectors of the population and provides a never-ending source of leverage for the political and intellectual elite to be able to shake down the producers and the doers.   This has been going for decades, and we must act now to change direction before it is too late.

We need to be aware of how this sleight of hand is achieved.  The political class deceives us by promoting seemingly ‘good’ things when in fact they are paving the way for us to be taken advantage of, and to have our society destroyed.  The end goal ? To break the will of the people and make us dependent upon the state. Modern day serfdom. They are aided and abetted by an intellectual and educational elite who have been infiltrated by cultural Marxists and a compliant media which is owned and controlled by the very same interests who wish to dominate and enslave us.

Let us look at three important examples of how this occurs:

Political history of the past 60 years in western countries has been dominated by the apparent struggles of various supposedly victimised groups to achieve acknowledgement, respect, equal rights, fair play etc.

Typically, a movement will be genuinely grass roots at the start and will have some legitimate case to be made.  The civil rights movement for black people in the USA; women’s rights; gay rights, Maori grievances here in New Zealand for example. Once some traction has been achieved and awareness and sympathy is raised among the general population, two things seem to occur.  Firstly, those championing the rights of the oppressed group frame the narrative around their victim-hood in such a way that they will always be victims. It doesn’t matter how many concessions are made, how much money is transferred, how much acknowledgement and special accommodation there is, the victim group will still be the victims and so will continue to demand more from the general population.  Secondly, the political class will co-opt themselves to the cause so they can leverage their support for the victims to harvest votes, and also enrich themselves off the rivers of public money which flow in the name of the victim group.

Meanwhile, members of the supposed victim group are encouraged to ‘buy in’ to their victim-hood by the media and the political system.  They confine themselves in their own mental prisons and restrict their capacity to fulfill their dreams and live abundant and successful lives, convinced that they are being held back and oppressed, seemingly oblivious to the fact that the vast majority of the people who they believe are oppressing them want nothing but the best for them.

A variation on this theme is the great global warming/climate change scam.  As with the victim groups above, awareness and concern regarding the environment has also grown significantly in the past 60 years or so. There are legitimate concerns around the environment, it is vitally important. Much of the early activism in this regard had a genuine grass roots feel to it.  Nevertheless, for the political class and elites in commerce, academia, news and entertainment who wish to control the masses, it’s the gift that keeps on giving. In the same way that the war on terror is a dream come true for the military/industrial complex, so the great environmental panic of the past few decades is a god-send for these people.

The problem will never be fixed. They will always be able to point to protection of the environment to usher in the next part of their control grid.  This has become such a crucial plank in the globalists platform that any rational questioning of their theories and solutions is denounced as ‘Climate change denial’.  Increasingly, measures are taken to curtail free speech to prevent public criticism, even as the alarmist predictions of the 1990s and 2000s fail to materialise.

The politics of global warming/climate change need to be understood as a mechanism of control and centralisation rather than a necessary response to environmental changes.

We are led to believe that the great political divide is labour versus capital.  In fact it is genuine human freedom versus centralised control. Property rights, free speech, the rule of law and democracy on one hand.  Control, corruption, centralisation and technocracy on the other. We see this confusion playing out all around us.

For example, tech giants such as Google have taken control of the internet, threatening free speech, increasingly limiting and censoring what information people can see, and suppressing voices which challenge the controlling elite.  Many on the ‘left’ would point to this as an example of capitalism run riot which needs to be constrained by regulation. Many on the ‘right’ will resist calls for business regulation. It can be better explained though through our model above.  Google has centralised control of online information; they are corrupt because they use their monopoly power to censor dissenting voices whilst taking advantage of laws which protect them from prosecution as they are not deemed to be a ‘publisher’.  They are part of the technocracy which sees itself as above the law. It is beyond the scope of this article to explore what should be done to fix this, suffice to say that our legitimate concerns over what is happening will no doubt be used to introduce some further level of control, thus limiting our freedoms further.

The system gets us fighting with each other over what we think are the issues, and then uses the crisis this creates to quietly phase in the next level of control.

Genuine competition is a good thing.  Business owners striving to enrich themselves by providing better and better products and services benefits everyone.  The people, however, have a strong sense of when they are being taken advantage of, and should use the levers of democracy and the rule of law to constrain unfair practice and ensure the people’s rights are defended.  The protection of free speech is essential for this to occur properly.

So, as you read and watch the news, see how the political and technocratic elite, the controlled media and academia, use victim politics, climate scaremongering and the false left/right paradigm and other mechanisms to distract and confuse us.  What they are in fact doing is ushering in a framework of global government, suppressing our free speech, dismantling our legal protections and undermining our democracy. All under the cover of promoting the ‘rights’ of various supposed victim groups and saving the planet whilst confusing us with a false political paradigm.

If you would like information on joining us please email us at onenewzealandmembership@gmail.com