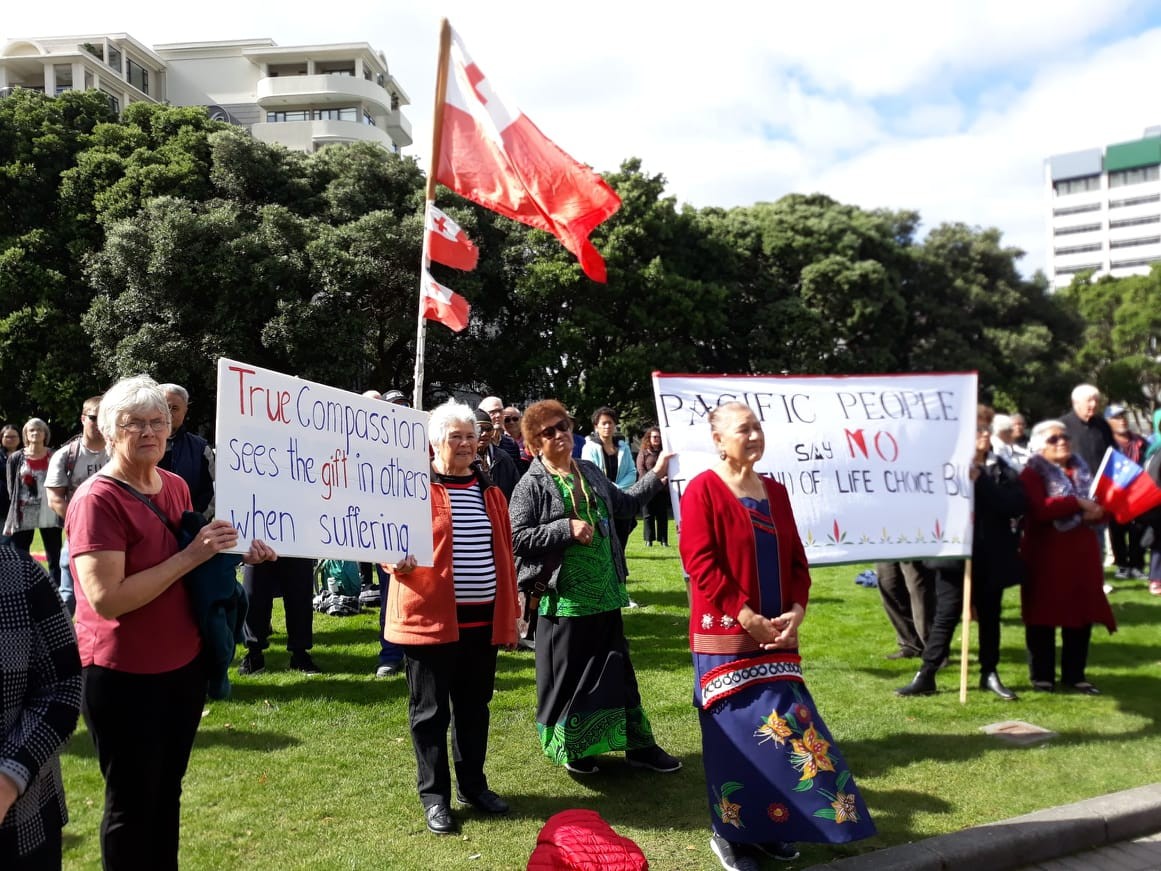 Today, on the steps of Parliament several hundred protestors gathered to voice their opposition to the proposed End of Life Choice Bill, the day the Justice Select Committee is due to report on the bill.

A letter addressed to Prime Minister Jacinda Ardern, outlining the serious concerns and strong opposition of the protestors was accepted by Labour MP Anahila Kangongata'a-Suisuiki.  This after the Prime Minister was symbolically called out to accept the letter but did not appear. Care Alliance had organised the event. They have been instrumental in articulating the arguments against David Seymour's bill as it tracks through Parliament. Of the 38,707 submissions to the Justice Select Committee on the matter, 90.2% were against the End of Life Choice Bill.

The crowd had a strong Pacifika flavour, a demographic who are very passionate about this issue. Several MPs were there to show their support for the gathering, including Alfred Ngaro, Maggie Barrie, Kanwaljit Singh, and Simon O'Connor of National.

At the bill's first reading in December 2017, 35 of the 44 votes against came from National MPs, with 9 against from Labour. During the last election in 2017, Labour's 10 highest polling electorates were the 7 Maori seats and the 3 electorates with the highest Pacifika populations.

The Labour-led coalition government may need to listen to the concerns of the Pacifika community on this issue if it wants to retains that level of support.