Climate Alarmism Lets Everyone Be A Victim 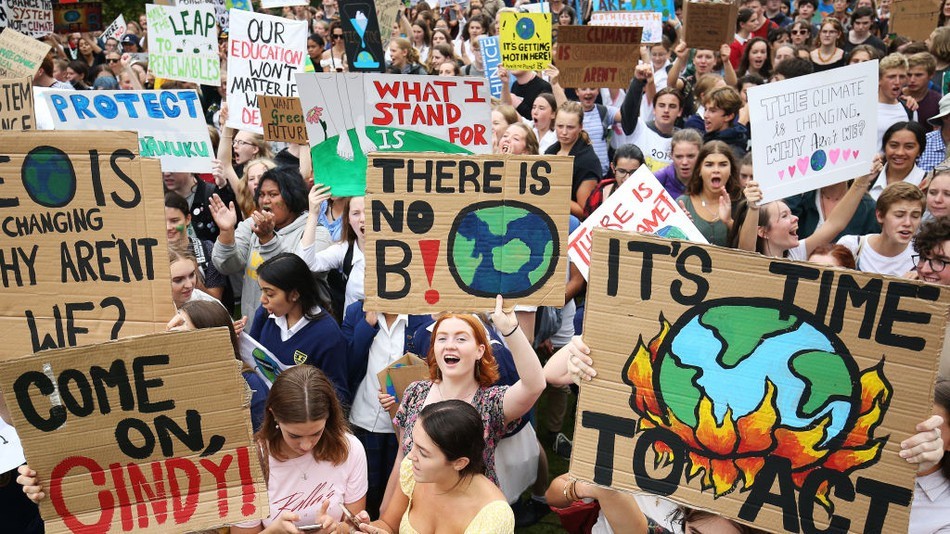 The Green Party posted the following status update unironically after Great Thunberg's United Nation's speech. The Greens act like they're still in opposition, even though the Labour Party is fully on board, with Jacinda declaring that climate change is her "nuclear free moment". 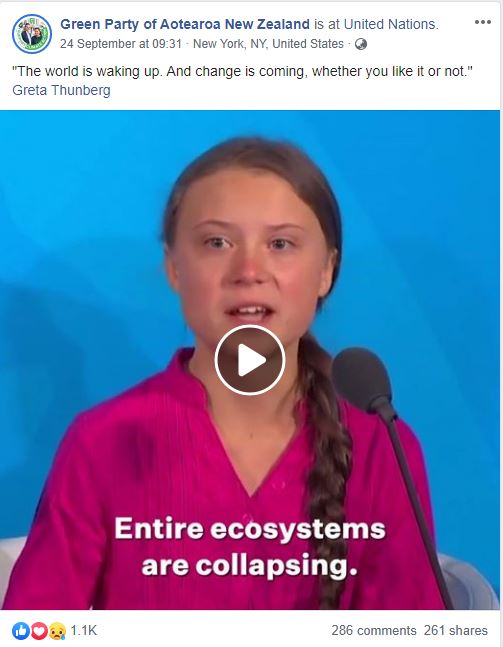 Why haven't they implemented all of their proposals to save the planet yet? Why are they still running Green Party rallies disguised as strikes? Because they don't genuinely believe the world is going to end.

Even Miss Thunberg's speech writers don't really believe it. The quotes they authored are so vague and bland they could mean anything. Things are going to change! Mass extinction is coming! The only mass extinction event coming is that of birth-striking abortion-loving liberals, who seem to be so fixated on the weather that they've forgotten how to breed.

What are the solutions? You must pay more taxes, give up your freedoms, and give unlimited power to the government. If they ever do convince me that climate catastrophe is upon us, then you'll see me dumping all my trash in the ocean in the hope that the world does end in ten years.

I grew up in the climate alarmist world, although thankfully I have parents that treated it like the joke it is. I spent my childhood years looking at the "Al Gore Doomsday countdown clock" on Rush Limbaugh's website—it even had a mushroom cloud beneath it, that was my favourite part.

I watched the whole thing go from around 8 years to nothing. That's also precisely what happened: nothing.

I have this weird sense of deja vu, and I haven't even reached my mid-twenties. I contemplate whether to build my children their own "countdown to Armageddon" so that they can have an identical childhood to my own. It must be torturous to be a boomer, as the various mass extinction events they've survived have probably blended together into one never-ending nightmare.

David Harsanyi at the Federalist has commented on the great tragedy that is playing out before our eyes.

[...] Thunberg lives in the healthiest, wealthiest, safest, and most peaceful era humans have ever known. She is one of the luckiest people to have ever lived.

In a just world, Thunberg would be at the United Nations thanking capitalist countries for bequeathing her this remarkable inheritance. Instead, she, like millions of other indoctrinated kids her age, act as if they live in a uniquely broken world on the precipice of disaster. This is a tragedy.

Greta Thunberg herself shouldn't be mocked or hated, but she does deserve our pity.

It’s the fault of ideologues who obsess over every weather event as if it were Armageddon, ignoring the massive moral upside of carbon-fueled modernity. It’s the fault of the politicians, too cowardly to tell voters that their utopian visions of a world run on solar panels and windmills is fairy tale.

Harsanyi followed his article up with dozens of charts demonstrating how we live in the most peaceful, prosperous, and safe era of history. "The world is better than ever," he announced.

As Candice Owens tweeted, one day Greta will realise that she is a victim of child abuse, not of climate change.

That really gets to the heart of the matter.

In 2019, the climate alarmist movement has morphed into something more cynical than the original get-rich-quick scheme concocted by Al Gore.

Victimhood is the dominant culture and currency in progressive politics. David Marcus from the Federalist picks up on this:

For white progressives, climate change is a unique issue in which racial guilt plays little to no role [...] for once, they can be the victim, not just the ally.

And man, are they enjoying it. This is the moment for angry, young white people not only to be angry, but to actually be oppressed. It is their own future that they believe is being stripped from them by failure to accept that if we don’t act in the next eight minutes, all is lost.

Everyone gets to be a victim of climate change.

The irony, of course, is that cheap energy has done more to lift people all across the globe out of poverty than anything in human history. The clamp-down on carbon that these privileged college kids insist upon will do more to secure their economic dominance than anything a white supremacist could come up with in his mother’s basement. They want to slam the brakes on economic progress while they are on top.

Carbon dioxide is what propelled the western world to its greatest heights, but now developing nations must be restricted from doing the same. Clawing your way out of the stone ages takes a lot of CO2.

This is the fight for the young white progressive, who maybe, just maybe, is feeling a little tired of having to take the backseat. On this issue, they get to move back to the front of the bus, lead, and bemoan their own oppression. Ah, to be oppressed, the golden ticket of progressive culture, the chance to shine. The moment when they can focus on themselves and accept the applause and grave approval of the progressive culture. Well, it was bound to happen. And they are truly making the most of it.

This analysis isn't right-wing satire. I've seen genuine diversity ambassadors complain that striking for the climate is "privileged" as not everyone can afford to take a day off.

That's more proof that basically no one really believes in catastrophic climate change—the planet is dying and we're all going extinct, but they can't afford to take one day off work unless they're rich or under 18?

I'm almost tempted to go and join those kids on their umpteeth climate crusade, it's the one chance I'll ever get to play the victim card.

Yet it is so very tragic. A large part of the current generation, who have so much to be thankful for, are enslaved in fear and driven to the depths of despair by an immoral globalist elite who will stop at nothing in their lust for power.

They're willing to sacrifice an entire generation on the altar of climate-induced despair in a bargain to satiate their desire for world domination.

There's a little problem though: there is a resurgent nationalist populist movement standing in their way. They can call us many names, but "victim" isn't one of them.