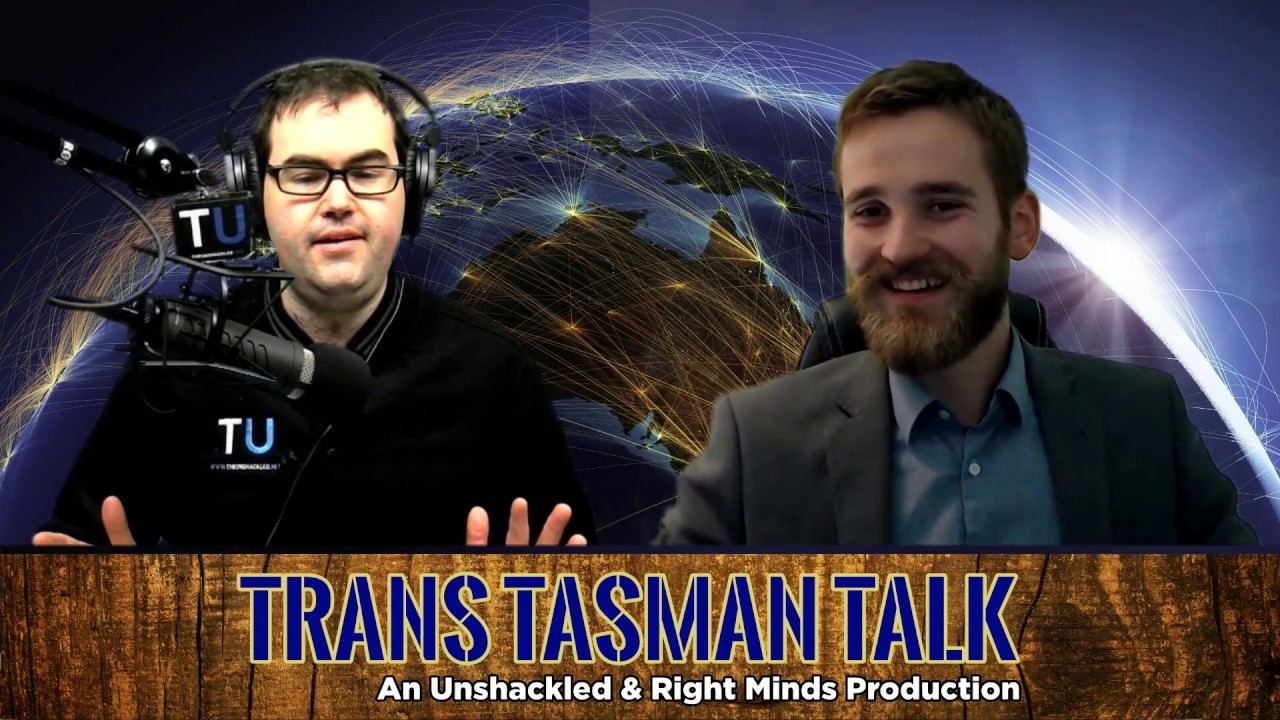 Presented in association with The Unshackled. Trans-Tasman Talk (TTT) is hosted by Tim Wilms from Melbourne and Dieuwe de Boer from Auckland. The show debuts every Tuesday at 9pm New Zealand time (and 7pm Melbourne time). The first episode was broadcast on The Unshackled Youtube channel, but future episodes will also appear live on the Right Minds NZ channel.

For our first show we explore the different issues affecting our two connected nations. While she is beloved by the world, Jacinda Ardern’s Prime Ministership is falling apart in New Zealand. Her big government projects are crumbling, and her Labour Party has been rocked by an internal sex scandal.

Australian and New Zealand are still dealing with the fallout from Brenton Tarrant’s mass shooting at a Christchurch Mosque back in March. Australia has now mandated that eight websites be blocked by ISPs for showing the video from the shooting. Gun confiscation in New Zealand is being bungled, with not many semi-autos in circulation actually being confiscated.

The biggest menace to free speech in New Zealand is Greens MP Golriz Ghahraman. She was in the United States this week meeting her idol Ilhan Omar. Though she may be upset when she gets home with her comedian boyfriend Guy Williams interviewing a Gisborne Mongel Mob gangster who has swastika tattoos and runs a cooking project called Heil’s Kitchen.

Border protection is a major issue for both nations at the moment, with New Zealand now at one with Australia in making sure the boats do not return. Hence the determination of the Australian government to deport the non-refugee illegal Tamil family.

Australia is copying an idea from New Zealand’s welfare system in drug testing welfare recipients. While Australia is adopting the policy to even further reduce welfare dependency New Zealand is moving away from the testing as its welfare bill increases.

All that and more discussed on this week's show.