National's China Problem Is Getting Worse 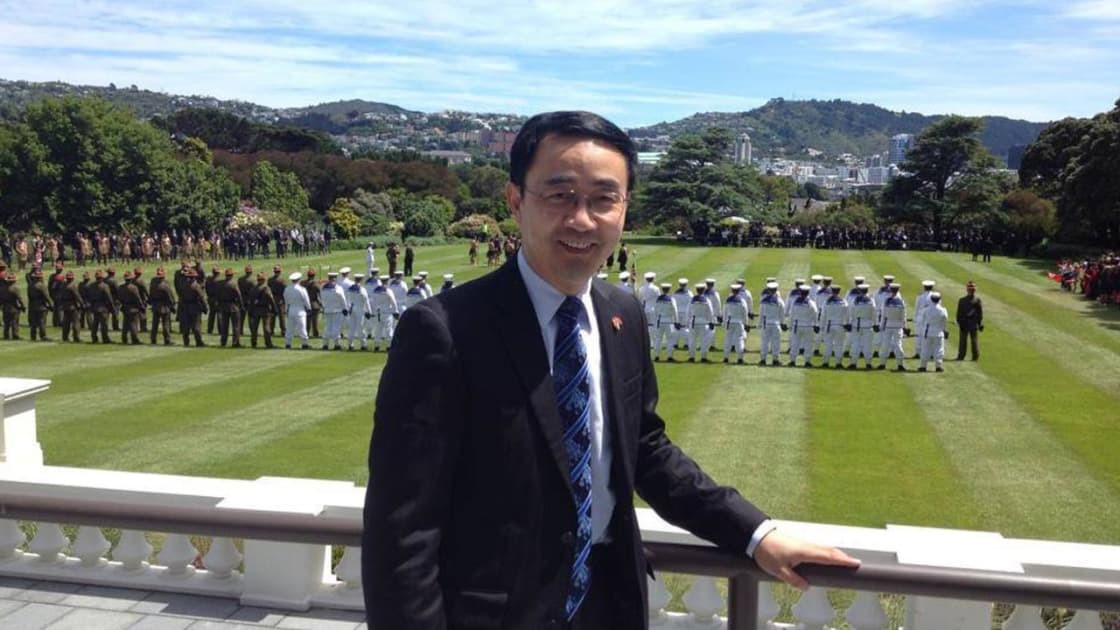 Fifty lucky New Zealanders were invited to Beijing to celebrate the 70th anniversary of the brutal, murderous, evil, and oppressive reign of the Communist Party of China.

Among those invited was none other than spy-turned-politician Jian Yang, who traded a long career as an intelligence officer in the People's Liberation Army—the very military force that has allowed the CCP to maintain its iron grip on the Chinese mainland—to become a member of our parliament and fundraiser for the National Party.

Once someone is accepted into the CCP (which involves an extremely rigorous two-year supervision process), regardless of how an individual may feel, they are always regarded as a Party member; unless they are officially expelled from the CCP.

Lest you think that I am being too harsh, Matthew Hooton tweeted out that Yang is endearingly referred to as "the spy" within National Party circles. 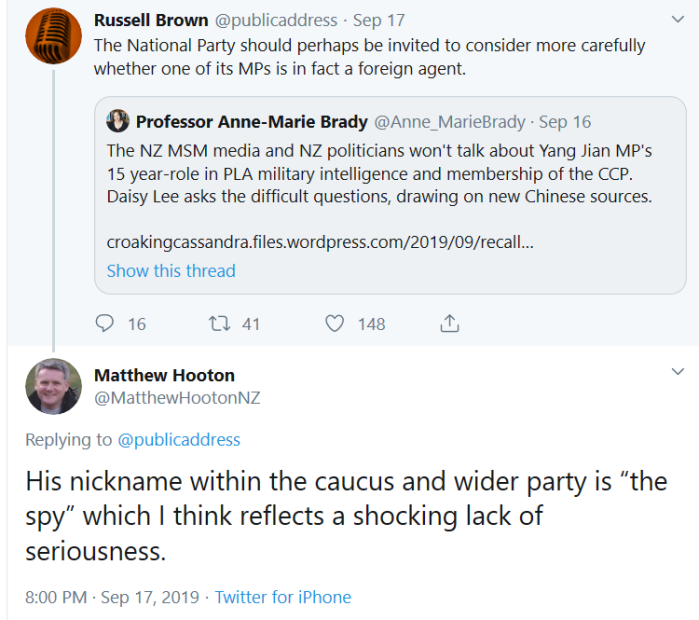 Other leaders, such as acting PM Winston Peters attended the official celebrations in Wellington last week, and even President Trump managed a congratulatory tweet. Yet Trump has waged a years long trade war with China and Peters has openly mocked Bridges' "subservient grovelling" to Communist China and last week condemned their interference in our media. Australian PM Scott Morrison also took swipes at China during his United Nations address. It's understandable that the Labour Party wants to be best buds with the ChiComs, but we are in the unfortunate position where "the left" mocks "the right" for its cosiness with a communist regime.

The National Party seems incapable of anything but complete subservience to the Communist Party.

I've come across a few examples in my social media feeds recently that are highly reflective of a worrying pattern in the National Party caucus. Matt King praised the "biggest proudest achievement" of the CCP on his Facebook page, which is supposedly lifting seven hundred million people out of poverty. When I pointed out that his comrades were the ones responsible for keeping China poor, he deleted my comment. Simeon Brown shared a video celebrating "Chinese Language Week", where he referred to Yang as "National's Chinese MP".

Hypothetically, if I had the misfortune to become an MP, I would be rightly furious if someone referred to me as "our Dutch MP" or try to celebrate a "Dutch Language Week". It would be weird to refer to Simon Bridges as "National's Maori MP" or any Australian-born MP as "our Australian MP". It insinuates that the MP's loyalties lie elsewhere, but with their never-ending "Chinese MP" shtick, it seems the National Party are more than comfortable with that projection. A party of the left could perhaps be excused to be engaging in virtue signalling identity politics to showcase their token ethnic MPs, but that's hardly a better excuse. For example, Green MP Golriz Ghahraman's Twitter bio says she's an "IranianKiwi" and then she wonders why people question if she's "Kiwi enough", yet her connection to Iran is hardly an issue of national security as she's never been an agent or advocate for their evil regime.

All that is mild compared to Jian Yang's position of prominence in the National Party as the adviser to Simon Bridges on relations with China.

The Chinese government has slaughtered tens of millions of its own people. Today, it persecutes Christians, harvests organs from Falun Gong practitioners, keeps Muslims in "re-education" camps, and is attempting to subjugate the people of Hong Kong. The National Party caucus and membership knows all this, and then embraces every chance to solidify their relationship with that same government. 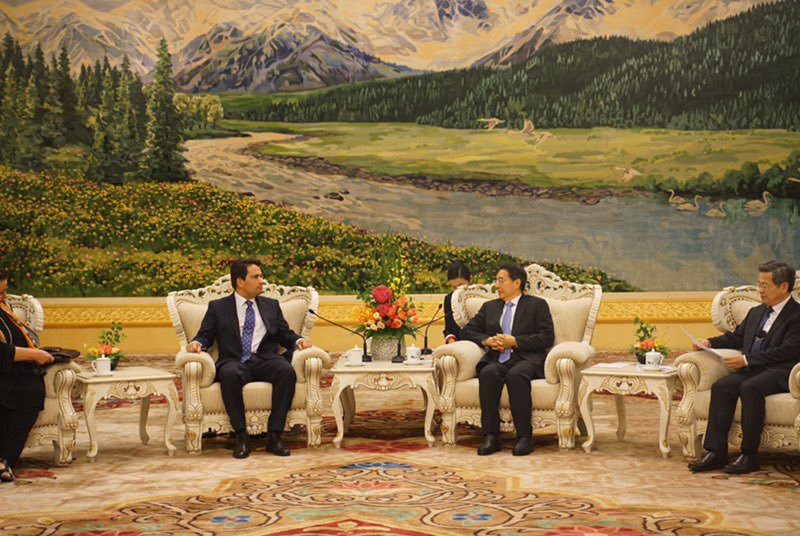 This is deeply worrying, because like Jacinda's continual appropriation of the hijab for political reasons makes life more oppressive for Muslim women, the National Party's love for Communist China signals that no Chinese expat is safe from the long arm of the CCP here in New Zealand.

Jacinda wears the hijab, why don't you?

Simon believes in the greatness of the Communist Party, why don't you?

Leaders have great power and influence over the people. Their duty is to be patriotic—not to welcome foreign oppression on our soil and pretend it's no big deal.