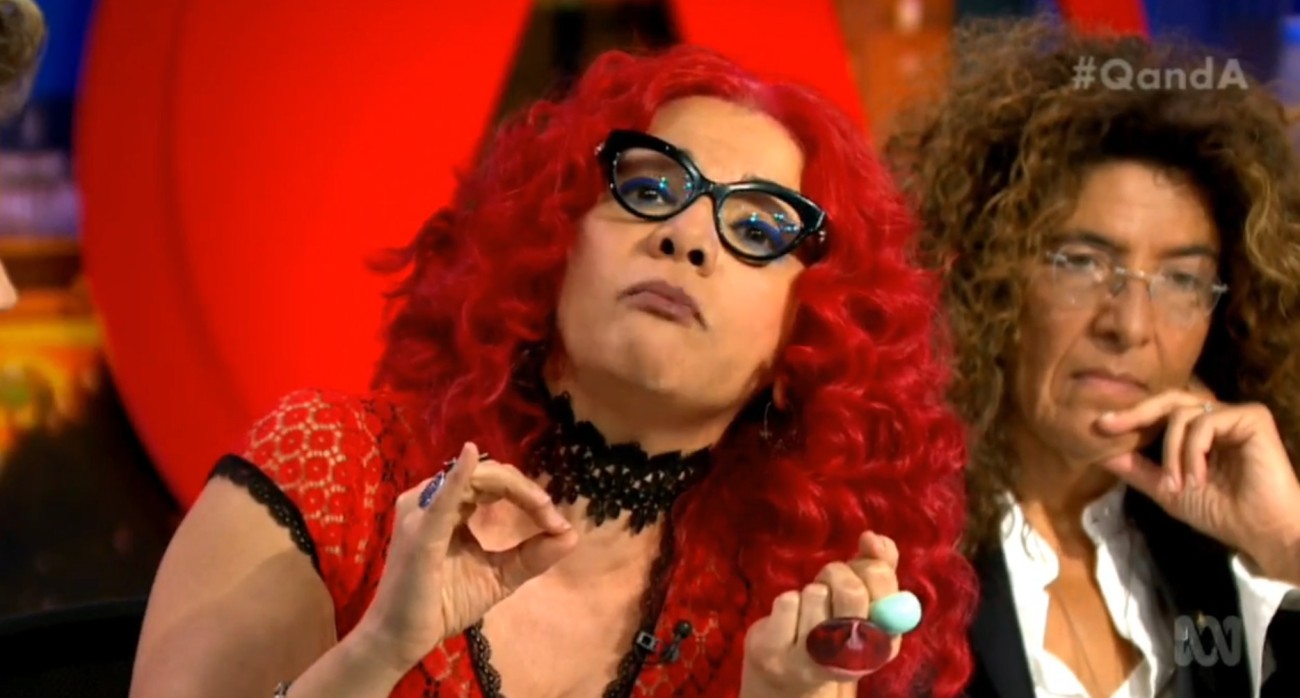 I totally disagree with what Australia Q&A's Mona Eltahawy has to say about white people, men, and capitalism. That being said, I have gained an appreciation for her after reading Headscarves and Hymens: How the Middle East needs a sexual revolution.

I really struggled to get through it and felt sick reading about the atrocities committed against women in the part of the world my ancestors came from.

Mona wrote about the casual sexual harassment she and other women experienced in Egypt, female protesters being violated with invasive virginity tests for carrying out their democratic duties—because protesting corruption makes you a whore.

She made a detailed list of the different ways FGM is carried out in many East African countries. As if the thought of young girls having their genitals hacked off isn't horrific enough, Mona explains that in many situations, what's left of the genitals is then stitched up bacteria ridden utensils. This makes periods even more painful and tedious than usual, because their vaginas are restricted and blood/tissue can't flow out as quickly. Eventually the string is cut, and that's years later, on her wedding night.

In Saudi Arabia, she witnessed girls being molested and sexually harassed in some of the world's holiest sites. She experienced it when she was 15 years old. Imagine groping someone while simultaneously carrying out 1/5th of your religious obligations. She wrote of an imam in this supposedly holy country who raped and tortured his 5 year old daughter to death, and of school girls who were left to perish in buildings that were on fire because their heads were uncovered.

I don't deny that there continue to be men in the West who abuse their power, behave violently towards women and control them. I have witnessed it myself, both in my own community, and in many European households. What these men share with those evil men in the Middle East and many African nations is that they're barbarians that do need to be punished—and yes, with violence because abusers need a taste of their own medicine. Our justice systems are pathetically weak and don't punish abusers adequately either.

The fact that there are violent people who happen to be a combination of male, white, and capitalist isn't representative of the West. Western values are great. Freedom and capitalism are great. If these "white men"—I don't know who she's talking about specifically—upheld the values of individualism and liberty, they simply wouldn't infringe on someone else's freedoms and bodily autonomy.

Although Mona is completely wrong about the West, the part of the world where people's liberties and rights are most respected, she is brave for standing up against violence against women in the part of the world where human rights are least respected. Mona has balls for doing what she does. I certainly am not tough enough to do it—I felt sick just reading about the horrors she described.

The transcript of the Q&A episode can be found on their website, or you can watch it in full on Facebook above.