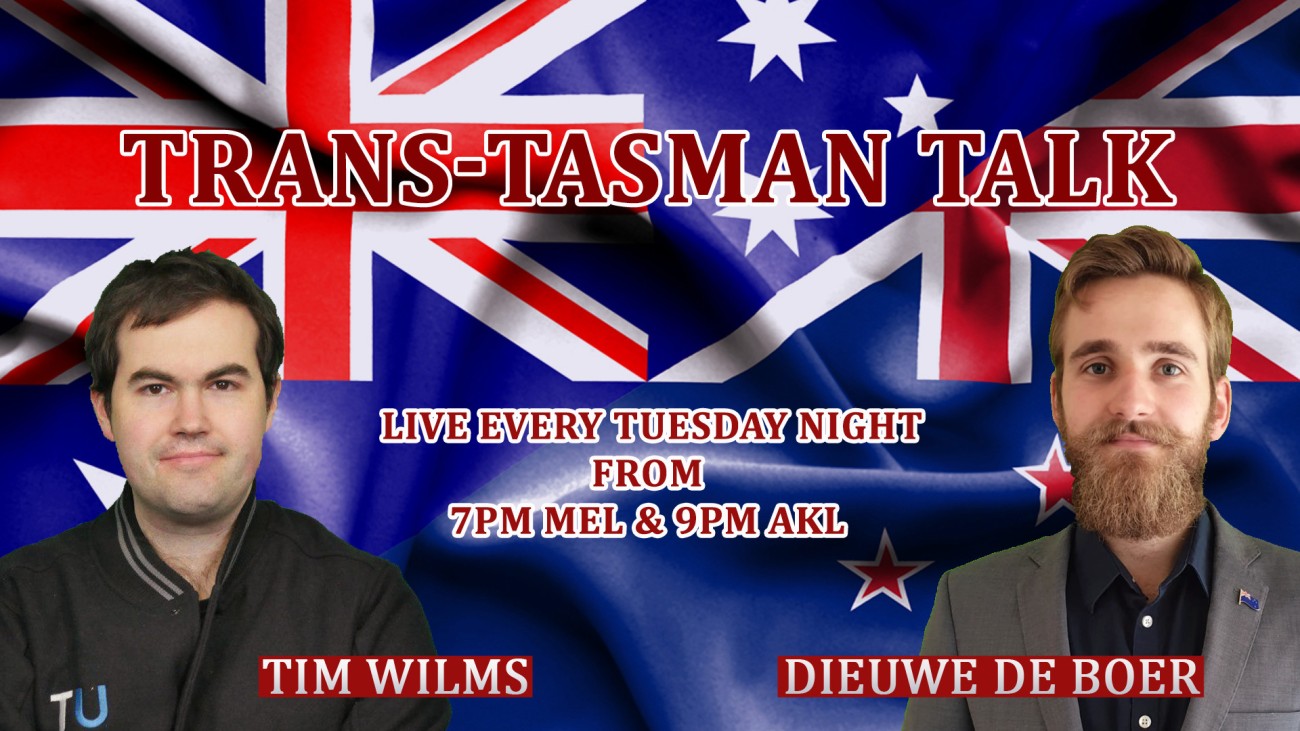 The number of infections by the CCP Virus keep dropping in both Tasman nations, but slightly faster in Australia which has a more lax approach. New Zealand might be switching to "Level 3" lockdown soon, but as Judith Collins described it, Level 3 looks a whole lot like Level 4, but just with KFC.

Australia is looking at a contact tracing app, and there has been some turmoil over whether the app would become compulsory to install, with Tim declaring "no, I won't sleep in the pod, I won't eat the bugs, and I won't install the app."

Two New Zealanders launched a lawsuit against Jacinda Ardern, claiming that the lockdown is an unlawful detention, although Crown Law has argued in defence that no one is under house arrest or detention as they have some freedom to move about.

There has been talk about a  "trans-Tasman bubble" being set up between Australia and New Zealand in the coming months, with a goal to re-open travel and trade as soon as possible.

Former Aussie PM Malcolm Turnbull has written a memoir in which he smears most of his former colleagues and reveals that he brokered the deal to start the Guardian Australia.