Book Review: The Tragedy Of Islam 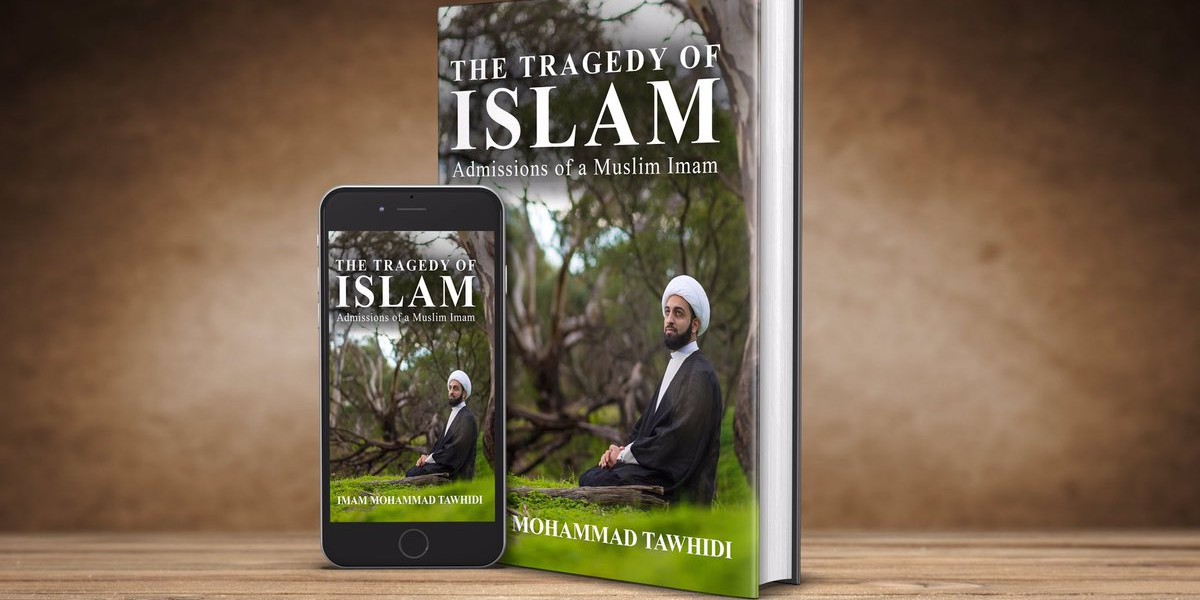 Imam Mohammed Tawhidi seeks reformation. It's a word that I am always cautious about, as a genuine religious reformation should lead to conservative and fundamentalist theology. A Christian fundamentalist is harmless, but a Muslim fundamentalist can be quite an explosive figure. Imam Tawhidi understands this, and he understands that the sacred works of Islam cannot be altered, nor can any interpretation ever been completely suppressed. What he seeks to achieve is to expose the contractions of Islamic scholars and revise the history of Islam, while showing that social liberalisation is possible.

The first section of the book deals with his private life, his childhood in a devout Muslim refugee family in Australia, his Hajj (pilgrimage to Mecca), recounting his religious experiences in Saudi Arabia, and his study as a student in Iran. He writes candidly about his fanatic ideas and support for terrorism as he trained as a missionary in the Iranian religious universities that send out their clerics to infiltrate the West. He recounts their practises of extortion and suppression of dissent, including witnessing all manner of sexual perversion and violence. His eyes were opened when he experienced the Iranian regime's brutal treatment of Grand Ayatollah Shirazi, a Shia opponent to the theocracy. Tawhidi was imprisoned and interrogated for simply meeting with Shirazi and his followers. Tawhidi details his process of de-radicalisation and how Muslim clerics in Australia have since opposed and threatened him. Several of his family Iraqi members were killed by ISIS.

With his own life story out of the way, the claims that puts him at risk of beheading begin. The two main goals of the book are to rescue Mohammed, and therefore Islam, from two very damaging things: (1) the practise of child brides, and (2) the establishment of theocracy via terrorism.

He leaves the Koran untouched, but spends a lot of time dealing with Hadith, highlighting absurdities, contradictions, and other times quoting in his defence.

The section where he highlights some of the most bizarre quotes from the "most reliable" Hadith is hilarious, and probably his strongest point as to why there is no real reason to believe any of them are authentic.

The story of Mohammed and Aisha is what drives the ongoing practise of child brides. If Mohammed married a six year old girl, the marrying six year old girls will always happen in Islam. Tawhidi's historical revisionism has a solid basis: all the written accounts of Mohammed's life appeared generations after his death. He argues that the age of Aisha was a cover-up, and she was really in her twenties, but known for being a bit of a whore. Scholars made her a child bride (a perfectly acceptable cultural practise at the time) to ensure that her virginity and purity could not be questioned. Tawhidi cites plenty of ancient sources to lend credibility to this theory.

Here's the biggest problem I see with Imam Tawhidi's revisionism: even if his reconstructed account is completely true, trying to convince all Muslims that one of the most revered women in their religion was actually a whore who, along with Mohammed's other wives and fathers-in-law, conspired to murder their prophet will be a bit of a tough sell. Mohammed the feminist and victim of his own family will never have very many followers.

Next, Tawhidi targets the early Caliphs in an attempt to redeem Mohammed from the accusation of theocracy. There's less revisionism needed here, because it's rather undisputed the Caliphs were a bunch of bloodthirsty tyrants hated even by their own people—but these Caliphs are revered especially by many Sunnis and specifically the Salafis.The late Caliph of ISIS named himself Abu Bakr al-Baghdadid, after the first Islamic Caliphate, and ruled in a similar manner as his namesake. Tawhidi argues that Mohammed only engaged in just war and not subterfuge or terrorism, but he has to discount much of the most reliable Hadith as false to pull this off.

A chapter of the book is also dedicated to telling the story of Hussain, cousin to the prophet and founder of Shia Islam. Imam Tawhidi sees a future in Islam where people follow the teachings of Hussian rather than Sahih al-Bukhari, although the book itself is in no way sectarian.

The overall goal of the book therefore is to expose Mohammed's companions as evil men and terrorists. Reform will involve rejecting the legacy and teachings of the Caliphate and implementing a separation of mosque and state. Is there a future for an Islam that rejects it's early Caliphs as terrorists, and many of the the writings of al-Bukari and other late scholars as fabrications? I am not convinced, but there are a number of Islamic states increasingly becoming more secular.

The last chapter of the book is simply titled "Jesus" and might make the basis of some interesting sit-down discussions over a non-alcoholic beverage. I've read many books and biographies related to Islam over the past few years, and the reverence that Muslims have for Jesus is something we often forget, even if their view of him is deficient, it must be said that Muslims tend to have a higher view of Jesus than some so-called Christians do.

You can get the book from Amazon from the price of ten shekels (99c), so there's no reason not to buy it and read it for yourself, even if his take on Mohammed doesn't interest you, the biographical aspects of the book are well worth the read.