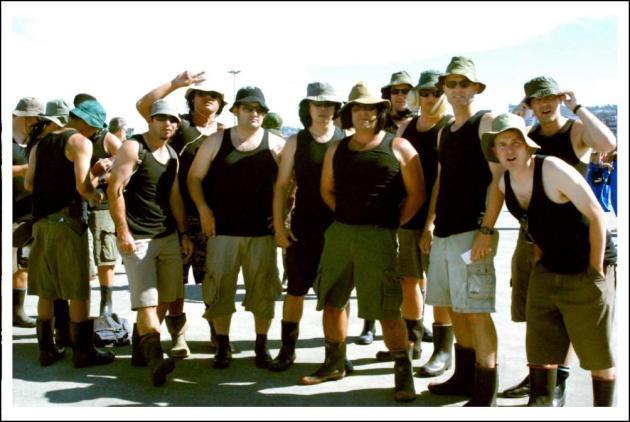 Imagine if you will gentle reader, the following twitter exchange:

@leaderofamajorpoliticalparty: "Thank you! This is brave leadership, saying what many of us have long known."

Do you think this leader would survive such a political, social and cultural faux pa?

Gone by lunchtime? They’d be gone by the time James Shaw had had his morning tea fair trade gluten-free hummus and kale rice crackers.

And yet this, substituting "Western" for "Maori" is exactly what happened, with no repercussions for the leader involved (former aerobics instructor, Marama Davidson).

Seldom do politicians so willingly reveal themselves (excepting Anthony Weiner).

One wonders if Ms Davidson is aware of the mind boggling arrogance of writing off Western Civilization, a civilization that has provided her with so many benefits not least the democratic system that allows her to earn one hundred and eighty grand while buggering about on Twitter.

Who does she think invented aerobics for example? Hone Heke?

He couldn’t have. No leotards.

What further gets me as furious as a feminist watching Top Gear is the double arrogance of a sitting M.P wilfully insulting the heritage of the majority of her constituents. Part of my summer reading has been the excellent The New Authoritarianism: Trump, Populism, and the Tyranny of Experts by Salvatore Babones. You might guess from the title that Babones doesn’t see ‘the new authoritarianism’ coming from Trump and MAGA hats but from the elites who are opposing the will of the people. In the U.S it has taken the form of activist judges blocking the President’s immigration policies such as his ‘Muslim’ travel ban and certain Mayors declaring ‘Sanctuary Cities’ where illegal immigrants are safe from deportation. Babones’ wider point is that there has been an elite left wing takeover of democratic institutions which now operate according to a mixture of self-interest and progressive dogma, making them no longer responsive to the views and needs of the average citizen. Voter frustration over this has lit the fuse of populism.

Brexit battles in the U.K and the government shutdown over Trump’s border Wall in the U.S, are seriously challenging elite ‘wisdom’ and power. In France the yellow vested ones are fighting back against crippling fuel taxes levied by the Macron government for purposes of greeny virtue signalling.

Early 2019 is turning out to be crunch time for the new populism.

Marama’s take down of what most of us hold dear is an acorn out of which an oak of arrogance is growing, as this government drifts ever leftwards. New Zealand First, which many of us thought would be the ballast to keep the ship of state from listing left, has proven to be as light as the ice in Winston’s whisky glass. They crumbled like a soggy gingernut on the U.N migration pact and have been about as useful as a eunuch at an orgy in changing immigration policy. It will be interesting to see where they stand in the upcoming debate over the Births, Deaths, Marriages and Relationships Registration Bill, allowing for gender self-identification, a step too far for most New Zealanders.

As always it’s the economy that will be the decider. If the predicted downturn happens this year and government policy such as fuel taxes and minimum wage boosts hit small business owners, the resulting unemployment and discontent may fuel our own populist movement.

My wish (fantasy?) is that just as the French have their "yellow vests" we will have our "black singlets". A popular conservative movement that will be provincial, anti-elite, pragmatic (as opposed to politically correct) and respectful of our cultural heritage.

A force for small government, personal responsibility and the do-it-yourself mentality.

The iconography of the black singlet, worn by the practical men who built this country, is apt.

Not a political party but a movement. More like a kiwi version of MAGA.

Who’s up for that?