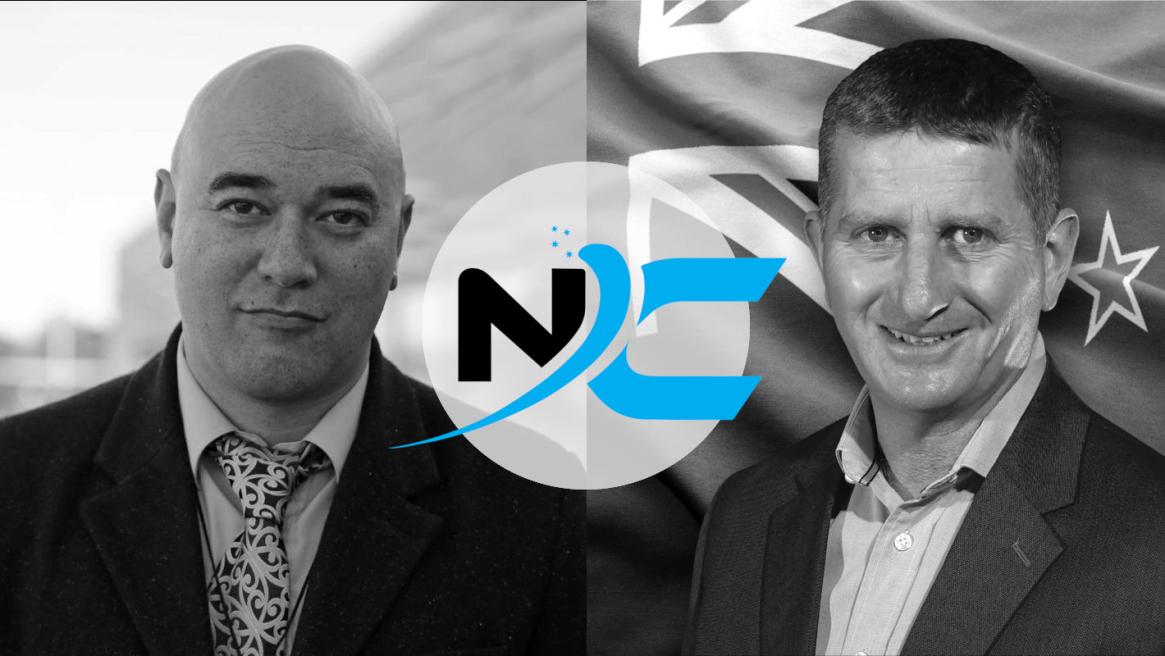 When I first saw the New Conservative launch in 2018, I panned the idea. The "new conservatives are just as boring as the old" was my response. I didn't expect to hear much of them ever again, but then something unexpected happened. I got a message from deputy leader Elliot Ikilei, who told me that he had read my critically dismissive review, he thought I had some good points, and he wanted to meet up to talk about it. That one simple olive branch changed my life and I know he's extended many more like it to others. Perhaps enough to alter the course of this nation.

I initially thought the name would be a dud, but in hindsight it's very clever. There's a lot of talk now about a "new conservatism" that's infused with traditionalism and populism. One of my favourite commentators proclaims daily that "a new conservative age is rising" throughout the world. In that context the party name is perfect.

The final New Conservative meeting for 2019 was in Botany. They ran dozens of meetings up and down the country last year, often attended by over a hundred people. There's enthusiasm that's not reflected in the polls. It's a chicken and egg problem, because most prospective voters will only vote for you if they think you'll win. Despite this, New Conservative is building up a grassroots movement and much of their rhetoric is honed in on fighting the culture war. For me, that's key.

There were three speakers at that meeting: Leighton Baker, Elliot Ikilei, and Victoria O'Brien.

Leighton Baker, party leader and builder by trade, was far more polished than I expected. He's got a great stump speech, he was funny, charming, and played the crowd well. Does Leighton Baker have what it takes to storm parliament in 2020? I don't know, but what I can say is that he brings some normalcy and stability to New Zealand's conservative politics that has been repeatedly tarnished by weirdos. He's a brave man to give it a go, and he is most certainly dedicated to restoring the image of New Zealand conservatism. He says that to him it's all about family and freedom.

Elliot Ikilei, deputy leader, preceded his own speech with a Samoan dance routine. (He told me later it raised a few eyebrows out in the provinces.) Elliot highlights that the two foundational pillars of Greek democracy and Christian morality that underpin civilisation are both under unprecedented attack by our government and the bureaucracy. He exposes the degeneracy taught to children as young as five in government schools and through social programmes. He plays up his own Pacific heritage, throws in a few phrases of Samoan and Maori, and says that western culture is superior to all other cultures—it can be adopted by all ethnicities and transcends all cultures. That's a line you won't hear from any politician. "Our civilisation is the greatest ever built," he says with energy and passion. Those statements would likely have been front page news if they had been said anywhere outside of a New Conservative meeting.

Victoria O'Brien, firearms spokeswoman, gave her first speech at this meeting. She was able to demonstrate the importance of the freedom to access information from her own experience of authoritarianism in Singapore. She brings a lot of knowledge and credibility to the New Conservative firearms policy, having been an E-Endorsement holder at the time the recent amendments started to roll in. Like Leighton and Elliot, she expresses her reluctance for getting into politics, but all three are doing this because someone has to. They're worried about losing the country they love to the progressive darkness.

The people running New Conservative are not career politicians, lobbyists, or public personalities. They're just everyday New Zealanders from front-line jobs trying to do what has never been done before: get a fresh party over the 5% electoral threshold. I've encountered many who don't believe they'll get there—perhaps I don't really either—but that does not matter to me. There's no one else for a conservative to vote for.

It's not all perfect either. Some aspects of the organisation still looks slightly amateurish, which is to be expected from a party with no wealthy donors. I've complained about the lack of a distinct economic vision, but that's easy to fix in due time. New Conservative is definitely not a "Christian party", as some would accuse it of being, but it is based on timeless values and the primacy of the family.

There's plenty of room to contrast New Conservative with National and ACT. National is always chasing the elusive "centre vote". On abortion they trot out the Clinton line. On climate change, they pretend to believe it because they think it will get votes. On immigration, they just want more cheap labour to prop up the facade of GDP growth. Yes, National has a few conservative electorate MPs, but they wield insignificant power in the party at the moment. The ACT are as socially progressive as the Greens, they support mild climate change action, and on immigration it's a similar story to National. Only New Conservative embraces social conservatism, family values, calls out the climate scam, and has a net-zero immigration policy. Between ACT and NC there is also a great chasm on a philosophical level with libertarian individualism pitted against the conservative focus on the family, morality, and nation. I'll tell you what National's philosophy is once I figure it out.

There's a bit of common ground between these parties, but unless you're a single issue voter who wants your one issue represented in parliament, then that's not good enough. There's no point in voting to win a small battle and lose the bigger war. That's why the question of New Conservative reaching the electoral threshold is irrelevant to me: that issue must be approached as a case of 'when' rather than 'if'.

I understand some of those in the wider conservative demographic who won't be joining the New Conservative movement. There's no obligation to support a party if you don't believe it will follow through on the issues most dear to you or if you've lost hope in politics altogether. I still caution anyone from placing their faith in politics or politicians, but the progressives have accelerated their attempts to silence us. My experience over the past year has made it abundantly clear to me, once you get yourself into this game of thrones, you either keep playing it or you end up dead.

There are plenty of signs that point to the viability of a solid right-wing conservative party in New Zealand's parliament, but there's a lot of work to be done. No one says it's going to be easy, but don't let anyone tell you it's impossible.

New Conservative NZ is more than a political party, it's a movement. Politics remains downstream from culture, so a grassroots social movement is core to eventual political action. This is not just about an election, this is about the heart and soul of the land we call home, whether by choice or by birth. Don't just vote, but focus on developing what matters in your own life, family, and community. Conservatism is about conserving the natural order and the best of our traditions. It's about preserving our way of life and developing our unique identity among the nations. It's about stewardship of our natural resources and beautiful landscapes.

If you believe that there's a more conservative, nationalist populist, and traditionalist future for New Zealand, then please consider joining the movement.