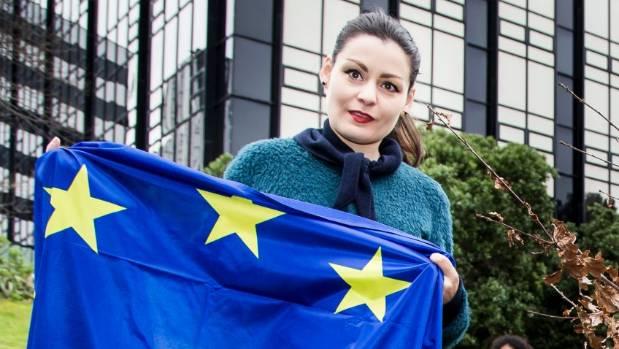 Above The Law EU Bureaucrat Rips Off Kiwis

In an outrageous abuse of privilege, the deputy chief of mission of the European Delegation to New Zealand is attempting to wriggle out of a $20k plus tenancy debt to a Kiwi landlord on the basis of her status as a diplomat.

Eva Tvarozkova was renting an up-market, $1,500 a week residence in Wellington and evidently got seriously behind with the rent. The case has been going through the tenancy tribunal for a while. At the first hearing the landlords were awarded the $6k bond and Tvarozkova was ordered to pay a further $14k. Then, apparently, the Ministry of Foreign Affairs and Trade got wind of the decision and did what no doubt all the hard working, tax paying Kiwis who pay their wages would want them to and… advised the Tribunal about the diplomatic immunity issue and asked for a rehearing. The rehearing occurred this week and at the time of writing we are awaiting the written adjudication of the Referee.

The EU has a long and sorry history of rubbing ordinary people’s noses in the dirt while posturing about its virtuous goals and aims.

The same EU which champions itself as the answer to every kind of oppression and disadvantage.  Which is so confident of its status as the bringer of goodness and righteousness that it goes outside its borders to develop anti-corruption policies in the Ukraine; and fancies itself as some sort of saviour of the world’s poor.

Bear in mind, EU bureaucrats have big salaries and pay low tax rates.  For any of them to abuse the diplomatic immunity rules to rip off a local landlord and avoid their rent is an utter disgrace.

It should also be noted that whilst Ms Tvaroskova may be technically correct in her position, it is generally accepted in diplomatic circles that the rules of diplomatic immunity should not be abused in such a manner.

Another example of big government and above-the-law elites taking advantage of the hapless business owners and workers of the world to fund their lifestyles whilst convincing us that they’re working selflessly on our behalf for the betterment of all.