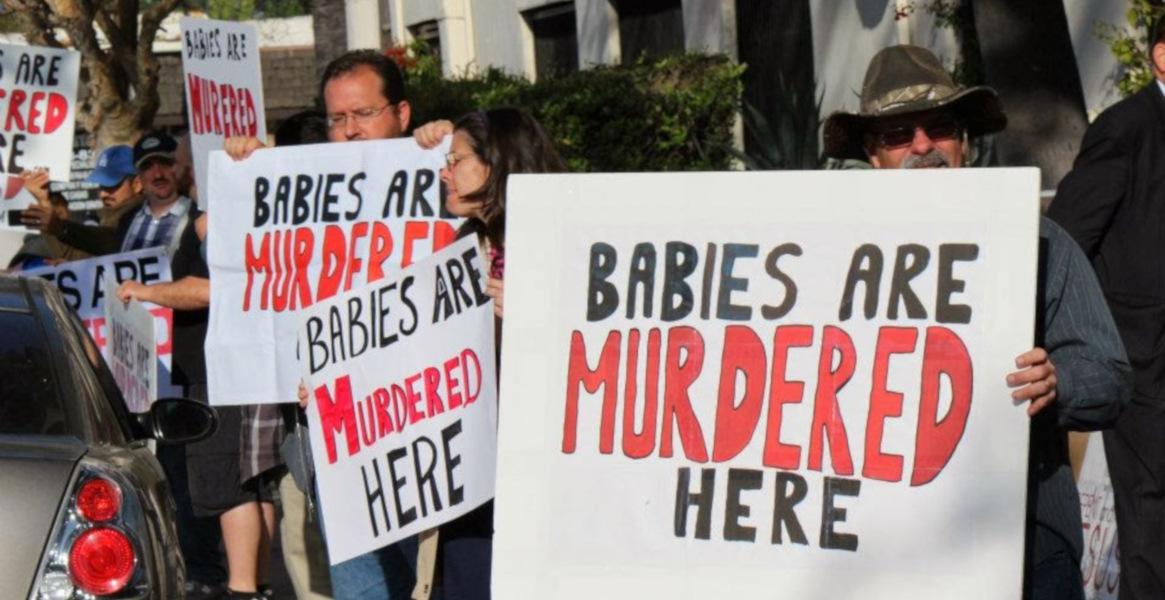 Another 13,000 Babies Will Be Murdered This Year

Laura Klassen, who made the seven anti-abortion videos that Family First publicised several months ago, posted a retrospective on Facebook on how 2019 changed the way she viewed abortion. I found myself in complete agreement with her seven statements and I think they should act as a wake up call to pro-life leaders, politicians, and especially churches in New Zealand.

1) Abortion is murder. I didn’t used to say that. I thought it was too harsh and would turn people off. Guess who I wasn’t considering? The babies.

If you're shy about calling abortion murder, then it's not a serious enough issue that needs to be stopped. It's not off-putting: it's the most important argument against abortion.

2) We need to keep the focus about who the true victims of abortion are: the babies.

There has been a shift in the rhetoric of our pro-life groups to make out that women are equal victims of abortion. This is not true. The overwhelming number of abortions take place with the full voluntary instigation of the mother, and the responsibility for this horrific sacrifice lies with her. There is always room for repentance and forgiveness, but to call all women who get abortions the victims is to remove their opportunity for redemption. There are a minority of women who are coerced into abortion, and they deserve compassion and help. These exceptions should not take the focus away from the +13,000 babies who will be legally murdered in New Zealand in 2020 at the behest of their own mothers.

3) Abortion needs to be criminalized. Of course it does. If abortion is murder, then people who commit it need to be punished accordingly. NOTE: No one is advocating for retroactive punishment. People would know the law and the punishment going forward. That would be a huge deterrent.

I have been sorely disappointed in the visible lack of concrete demands made by pro-life leaders, politicians, and political parties to criminalise abortion. Abortion should not be regulated: it must be abolished.

If the main part of your argument is based on the gestational age at which unborn babies are murdered, or if it is with the consent of one or two abortion practitioners, or if the health and safety standards are adequate, then your opposition will not be taken seriously.

When I watched a number of submissions given by our major pro-life groups against the proposed abortion law changes, that's where I saw their focus—on these "safeguards" so that abortion could be more sanitised and safer. There were thankfully exceptions, such as Dr Leinfellner's testimony, where he stated that life begins at conception and then showed the select committee graphic photos of aborted babies—the blood they have on their hands.

4) We need to be straight up with women who are considering abortion. Women aren’t stupid. We aren’t doing them any favours by skirting around the fact that abortion is murder. Bringing this fact up to a woman is loving. It can be said in a loving way. I’m not saying “scream bloody murder” at women... I’m saying, have a truthful conversation about what they are about to do.

Perhaps in 1977 ignorance about the reality of abortion was rife, but there is no excuse today. And if there is still an ignorance about how abortions are performed, when life begins, and that abortion is murder, then the pro-life movement has failed miserably.

The "clump of cells" argument died when ultrasounds were invented (even prior, medical professionals knew better) and in the age of the internet, the truth about abortion is easy to find. Women who go to abortion centres know they're killing their babies, and in the rare case that they don't, it's our duty to tell and show them the truth.

If abortion is not to be made a prosecutable offence for all parties involved (as the principle of justice requires), then it's not murder. If it's not murder, then it doesn't need to be stopped.

5) We need to be bold about our anti-abortion position. I ditched the pro-life label earlier this year for a number of reasons... mainly that the victims of abortion can be lost in this “pro-life is pro-love” slogan. We are slaughtering babies people. Act like it.

We're after the abolition of abortion. Merely being "pro-life" is not sufficient. As we can see with the legislation going through out parliament right now, since 1977 the "pro-life movement" in New Zealand has had no legislative impact. After all, if abortion isn't murder, then why does it need to end? There is every reason to call out this ongoing genocide for what it is and to openly confront it where it takes place.

The slogans "choose life" and "love them both" are popular because they are inoffensive, but "babies are murdered here" is a far more pointed message that demands action.

6) Taking God out of this fight is very stupid and dangerous. We aren’t fighting against men, we are dealing with something much bigger and more evil than that.

This is the big problem with a secular focus: science has no morality of its own.

The pagan practise of abortion/infanticide was only eliminated by Christianity. The two are linked, and to separate the primacy of Christian morality from the abortion argument leaves you with amoral science. Babies are being murdered, so what's wrong with murdering babies? That really is the core of all pro-abortion arguments, in which individual autonomy and state-conferred personhood supersedes the right to life. Only Christianity has the ultimate answer. In the early centuries, abortion wasn't ended via secular pro-life groups, but rather by evangelism and the church. (This is not to say that atheists can't view abortion as murder, but they will inevitably be a tiny minority.)

The example of Jesus himself is important, when confronted with sinners, he pointed out their sin, called them to repentance, and then told them to go and sin no more. He didn't tell them they were making a bad choice and needed to be informed of other possible choices.

You can find resources to get your church involved in the global fight at endabortionnow.com.

7) The babies are worth it. They are worth whatever this fight may cost you.

Beware, you are taking on the most important sacrament of modern secularism. Abortion is the return of an ancient demonic evil that will not be banished easily.

Close to 13,000 babies will be murdered this year. If we are convicted of that horrific reality, then we must repent of our apathy and act like it is a vital issue. It's up to us to make sure that 2020 will be a year for a more bold witness against the New Zealand's abortion genocide—the holocaust of our time and in our land.