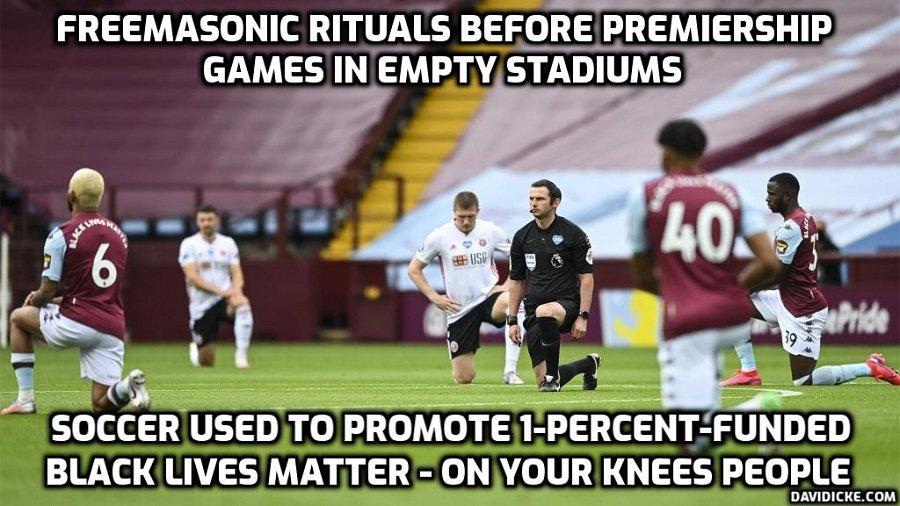 Black Lives Matter and the Woke Fools at the Premier League

Just sent this e-mail to the virtue signalling fools at the Premier League. Felt good.

In February 2018 Pep Guardiola was fined GBP20,000 by the Football Association for wearing a yellow ribbon on the sidelines of a Premier League game in support of the imprisoned leaders of the Catalan independence movement. He was charged with 'wearing a political message'. Yesterday, we witnessed the bizarre spectacle of four Premier League teams wearing kits with 'Black Lives Matter' emblazoned on the back and 'taking a knee' before the game.

How on earth did the Football Association/Premier League get from the first place to the other in just over two years ? Black Lives Matter is clearly a political movement. It describes itself as an 'ideological and political' organisation on its' own website. It also refers to itself as 'radical'. Recent weeks have seen extreme violence by BLM protestors in various locations, also widespread vandalism and the defacing and tearing down of various statues of historical British figures, including even Sir Winston Churchill.

The Premier League is one of the foremost, arguably the foremost sports league in the world. The foundation of this hugely profitable and treasured institution is English football. The uniqueness, special character and identity of each and every team in the pyramid. These characteristics were formed by and are maintained by the supporters of those clubs. Ordinary, working class people who, regardless of the legal ownership status of their clubs, 'own' the history and culture of those clubs. These folk are the lifeblood of English football. You are in grave danger of alienating the most important set of stakeholders your organisation has.

British people are among the most tolerant and accepting of other cultures in the world. It is insulting to them to imply that they should be wracked with guilt and should be destroying their own history in response to the alleged racism perceived by the BLM movement under every rock and around every corner. Surely the Premier League and its' advisors have a sufficiently sophisticated grasp of world and current events to see through the latest 'astro turf' political movement.

I look forward to enjoying politics free football again in the not too distant future.