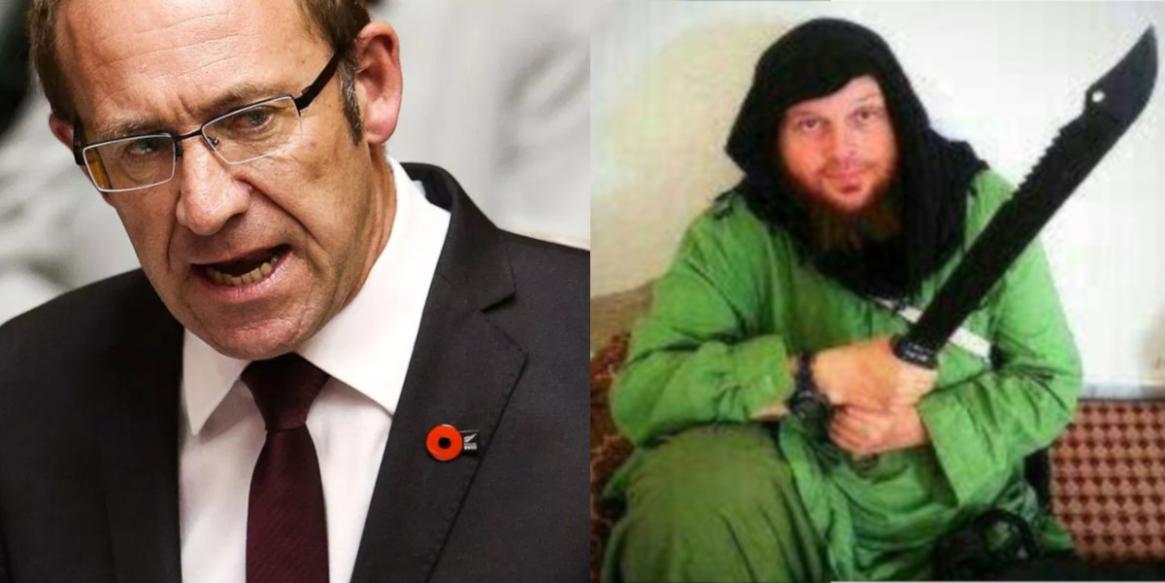 Every now and then there are completely unrelated stories that come together to form a dejected painting of our times. The Herald reports:

I always get a bit twitchy when parliament is unanimous on anything. A bad omen if there ever was one. The changes consist of some odds and ends, broadly coined "medieval laws", so tomorrow I shall be writing In Defense of the Medieval since I am rather offended by that derogatory remark. Today, we shall simply focus on a single change:

The Crimes Amendment Bill also repealed a law which prohibits the publication of material that insults Christianity.

The Heralds starts off with a lie, but there's nothing unusual about that. The repealed section did not prohibit insulting material or even mention Christianity directly (although that is heavily implied through history and common law). The writer may have been confused with a different religious order that has a teeny-tiny problem with insults.

Let's take a look at a few clauses in Section 123 of the Crimes Act prior to its repeal:

(b) Whether any particular published matter is or is not a blasphemous libel is a question of fact.

(c) It is not an offence against this section to express in good faith and in decent language [...] any opinion whatever on any religious subject.

(d) No one shall be prosecuted for an offence against this section without the leave of the Attorney-General.

The law only involved libel, dealt with matters of fact, and even required the Attorney-General's permission to invoke.

Whether our so-called justice system has ever been well equipped to deal with factual matters of religion is a different question, but from the following it is clear that they have steered clear of the matter.

Little said the offence of blasphemous libel has not been prosecuted in New Zealand since 1922 and raises potential Bill of Rights Act concerns.

The law had a very high bar and was largely symbolic of our status as a Christian nation. This government has made it their mission to push us further into the post-Christian era, one they started on their first day by removal of Jesus and the Queen from the parliamentary prayer. (Her Majesty made it back in—safe for now.)

"The continued existence of this offence on the statute books was out of place with New Zealand's position as a bastion of human rights, including recognising freedom of expression and religious tolerance for all faiths."

To Andrew Little "bastion of human rights" simply means "the United Nations likes it when I do what they say."

Libel laws are generally not considered to interfere with freedom of expression, and this law was far more difficult to invoke than other current libel laws.

The "tolerance for all faiths" is the noose Mr Little wants to hang us with. In order to truly tolerate some faiths... well, let me illustrate with a headline out of Germany from last year:

Calling Prophet Muhammad a Pedophile Does Not Fall Within Freedom of Speech: European Court

While the Austrian woman in question was being prosecuted, conservative commentator Mark Steyn noted that the Irish had amended their constitution:

I see that Irish voters have just voted to repeal their ancient and unused (Christian) blasphemy laws following a similar repeal a decade ago in England and Wales. Scotland and Northern Ireland retain them, so the advice on either side of the Irish Sea is, if minded to Christian heresy, take a short drive south. But where do you motor if minded to Islamic apostasy?

European courts are replacing their defunct blasphemy laws with ones more relevant to the times.

In other unrelated news, our entire government seems to be happy to let ISIS fighters back into the country, as according the the United Nations it would be illegal for us to leave those traitors stateless. Thankfully, the Prime Minister ruled out directly helping any of them, but genocidal war criminal defender Golriz Ghahraman wants to lend them a helping hand. The imam of jihadi Mark Taylor wants us to take him back and pay for his rehabilitation. That very imam now leads the Islamic organisation that helped to block two right-wing Canadian speakers for the blasphemy against Islam.

Andrew Little also recently promised the United Nations that he'd be looking into amending the Human Rights Act to prohibit blasphemy against the gender confused.

In the post-Christian world there will be a struggle between Islam and LQBTQWERTY for who will get to replace our now repealed (unused) blasphemy laws. Elements of the left are moving to make them both happen, and I doubt they really care which wins in the end—as long as Christian civilisation is wiped out.

In the end, I could probably have a go at defending the libel punishment of Section 123 as compatible with freedom of speech, which I might do in tomorrow's article. I am sure I could find plenty of people to debate it with. But in the end, all of that is moot since the removal of Section 123 isn't about free speech.

No one should be rejoicing in the repealing of blasphemous libel, as it is just the first phase in the replacement of fairly harmless blasphemy laws with some very bad blasphemy laws. Not a single one of the so-called Christians in parliament had the intestinal fortitude to stand up and say it.