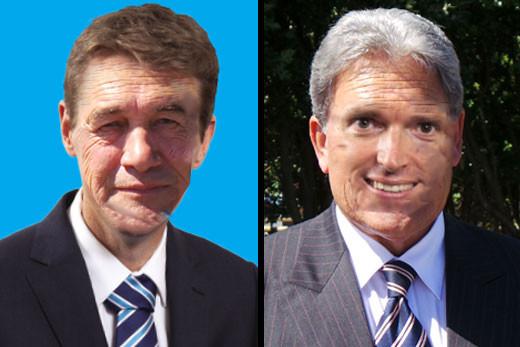 The 2017 election result has seen Winston Peters and New Zealand First become the "kingmaker" - however, preliminary information on voter demographics suggests that the people who put NZ First into Parliament in 2017 are not the same people who put them there in 2011 and 2014.

Although the full results of the 2017 election will not be known until around October 7th, once special votes are counted, NZ First appears to have won 7.5% of the vote and thus holds the "balance of political responsibility" as Peters put it in his election night speech.

Overall the election saw a nationwide swing to Labour of just over 10% - though as impressive as this sounds, it fails to take into account the historic low point from which Labour began in 2014, in which it suffered its worst election result since 1919.

In order to understand the demographic swing that occurred, we must first familiarise ourselves with the NZ First voter demographic.

New Zealand First's "base" consists of around 4% of the voting population. While the exact identity of this 4% voter base is unknown, it is generally considered to be effectively a coalition of young, rural, working class Maori and elderly, urban, upper middle class white people. Whoever they are, they are the people who always vote for New Zealand First, come hell or high water.

In order to get over 5% of the vote, New Zealand First is always required to take votes from at least one other party, usually one of the major ones. For example, the party's most successful election ever - 1996 - saw it successfully take voters from National, Labour and the Alliance in addition to its "core" 4% base.

The party has twice failed to gain swing voters from other parties - thus becoming reliant on the "base" alone, and these occasions were the party's two worst ever election results: 1999, in which it won around 4% of the vote but stayed in Parliament by virtue of Peters winning Tauranga, and 2008 in which the party won 4% of the vote, lost Tauranga and was as such turfed out of Parliament for three years.

In 2011 the party returned to Parliament with 6.59% of the vote. What is significant about this figure is that the same year, Labour had a 6% swing against them - 4% of which went to the Greens and 2% of which went to NZ First. Effectively, NZ First got back in thanks to the mathematical equation of 4% core voter base plus 2% stolen Labour voters.

In 2014 the party did even better - winning 8.66% of the vote and Labour did even worse. In fact the swing against Labour (2.35%) almost directly correlated with the swing towards NZ First (2.06%). The equation was thus 4% base plus 4% Labour voters.

A 4% swing from NZ First to Labour would therefore, based on the above maths, mean that NZ First is reduced to its core base of 4% of voters - and had that been the case, the party would not have made it past the threshold.

So what saved the party? The collapse of the Conservative Party did.

In 2014 the Conservative Party won 3.99% of the vote, an impressive result which saw it ultimately fail to win representation in Parliament. In 2017 that number fell to 0.24%.

It appears, therefore, that almost all of the Conservative Party's support in 2014 went to NZ First in 2017, thereby saving NZ First from oblivion and handing it the kingmaker role.

This gets even more interesting when broken down into demographics.

In 2011 and 2014 NZ First defied stereotypes and attracted a mostly young voter (younger in fact than the average Labour voter), and despite sometimes being labelled as a "redneck" party enjoyed more support from Maori voters than almost any other political party. Meanwhile the elderly in those elections voted for either National or the Conservatives.

In 2017, according to early reports of demographic information, it appears that NZ First's supporters are much more in line with the stereotype - support from the over 65s was considerably higher in 2017 than 2014, while the young Maori vote went back to Labour. Another interesting shift has been income of voters - while in 2011 and 2014 NZ First actually had the poorest voters in the country (and could lay claim to being a proper "blue collar" party), in 2017 NZ First seems to have attracted a more affluent and middle class support base.

In short, between 2014 and 2017 NZ First voters have gone from being blue collar to blue rinse. Alternatively, you could say they exchanged the brown vote for the grey vote.

While there's no denying the left-leaning nature of NZ First's support in 2011 and 2014, the fact that the bulk of NZ First's supporters in 2017 now seem to be of an older, whiter, more conservative variety could be a factor that the party needs to consider when deciding whether to throw its lot in with National or with Labour and the Greens.