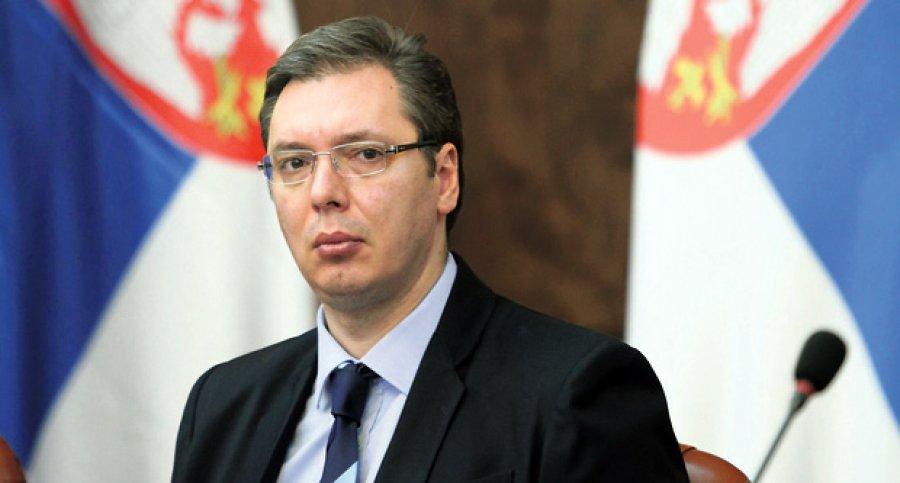 Ana Brnabić, a relative unknown who is neither an MP nor a member of the ruling Serbian Progressive Party, still requires the approval of the Serbian Parliament after being nominated by President Aleksandar Vučić to become the country's first female head of government, and first homosexual head of government.

While liberal media outlets such as the Guardian and the BBC attempt to paint the appointment as "remarkable" and a "victory for LGBT rights" in a country known to be strongly conservative, in doing so they have glossed over several very important, and very alarming facts regarding Ms. Brnabic's appointment.

The current President, Aleksandar Vučić, was previously Prime Minister and remains leader of the Serbian Progressive Party. He was previously a member of the far right Radical Party, and served as Minister of Information during the regime of former dictator and war criminal Slobodan Milosovic - with his role involving broadcasting propaganda, banning foreign journalists and fining journalists who were critical of the Milosovic regime.

Although Vucic claims to have reformed since his Radical days, while Prime Minister of Serbia he came under repeated criticism for censoring the media - including blocking the internet and having hostile bloggers arrested.

Following his election as President, it was expected that Vucic would appoint a "puppet" as Prime Minister in order to retain control over the country - which very much appears to be the case with his appointment of the relatively unknown and politically inexperienced Ana Brnabic, who only became part of government in 2016 after being appointed the Minister of Public Administration and Local Self-Government following a successful private sector career.

Brnabic's appointment coincides with Serbia's continued attempts to join the European Union, who have been critical of the country's record on gay rights. It appears therefore that the appointment is a cynical move to paint a positive picture for the west, while the dictatorial President consolidates power.

Sadly, it seems liberal media in the west have lapped this up uncritically - choosing to celebrate a perceived 'win' for 'diversity' without questioning or investigating the real reasons why a corrupt President would appoint a political outsider as his head of government.