Marijuana Is A Filthy Drug And Makes You Retarded

Marijuana is a filthy drug and makes you retarded, whereas alcohol and cigars make you smart and brave.

A pseudo-scientific inquiry by John Black.

A year and a half out from the cannabis referendum and the air is thick with pot-head panegyrics to the delights of Mary Jane. Well I’m here to tell you the dope fiends have got it wrong. It’s almost as if their minds have been befuddled by some substance they have been ingesting on a regular basis. Listen up youngsters and read my quips: Marijuana is a filthy drug for greenies, hipsters, and social studies teachers. In other words: morons. If you smoke it, you may become one too.

I base this not on some snap judgement so characteristic of the middle-aged conservative. I base it mostly on a snap judgement characteristic of the middle-aged conservative, but the rest I base on personal experience and science. Let’s start with the science. Reliable long term studies on the health effects of marijuana are actually quite rare. It’s hard to find adults who will admit to long term cannabis use. Something to do with it being illegal. Those who will are often A-grade mentalists—there’s your first tip off.

One of the few decent studies was held right here in New Zealand. 1037 Dunedinites were given IQ tests as teens and then tested again aged 38. Those who had smoked pot heavily as youths experienced a drop of up to 8 IQ points in comparison with abstainers. Crucially those who gave up smoking cannabis as adults didn’t recover their IQ deficit. That concurs with what we know about the development of the human brain. The "wiring" of the brain is not complete until around 25 (well 55, if you’re Patrick Gower). It also concurs with common sense. The occasions on which I have inhaled the noxious weed, I swear I have heard the sound of my brain cells quietly popping as I exhaled. The feeling is of a cricket bat to the back of the head without the surprise or the pain. 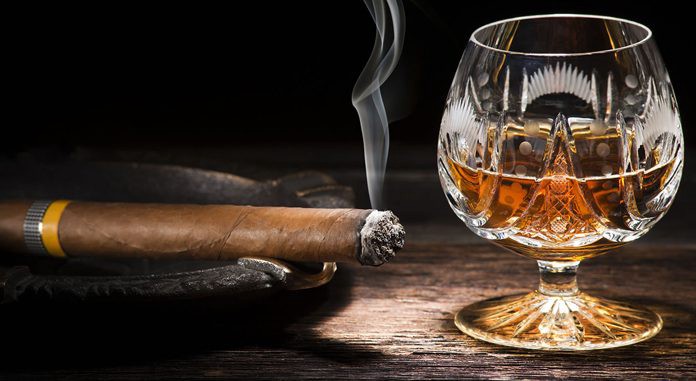 Have you ever heard of a witty pot smoker? It’s hard to be witty when what you said at the start of a sentence eludes you by the time you get to the end of it. Grass either ties up the tongue resulting in a sullen silence or sends it into overdrive making you babble nonsense. In vino veritas, but in cannabis bullshitus. I think I’ve got the Latin right there. Drink on the other hand gives us gems like:

A woman drove me to drink, and I hadn’t even the courtesy to thank her.  — W.C Fields

Drink is man’s worst enemy. But the Bible says to love your enemies. — Frank Sinatra

I could just go on, reproducing witty things said by drinkers about drink—while they were drinking and bask in their reflected glory—while proving my point. So I will.

Love makes the world go around but whiskey makes it go around twice as fast. — Compton Mackenzie

You’re not drunk if you can lie down on the floor without holding on. — Dean Martin

Alcohol is necessary for a man so that he can have a good opinion of himself, undisturbed by the facts. — Finley Peter Dunne

The cigar link to bravery is obvious too. Churchill, General MacArthur, Che Guevara, and Arnold Schwarzenegger—cigar aficionados, all. Just as obviously, cannabis is the choice of cowards. Draft dodging hippies loved the stuff. If it had been as popular in the US twenty years earlier, the yanks would never have got out of their landing craft on D-Day to liberate Europe.

It’s hard to march when you can’t feel your legs.

I trust my marshalling of exhaustive evidence and reasoned argument has convinced. Legal weed is the wrong move. A boon for middle aged burn-outs nervous about where to buy their next tinny, but a bane for the youth of the nation. The kids should be uppermost in our minds when considering this question. They’re already listless somnolent slaves to their smart phones. Pot will only make them even more inert.

If we really want to help the buggers, we should legalize cocaine.