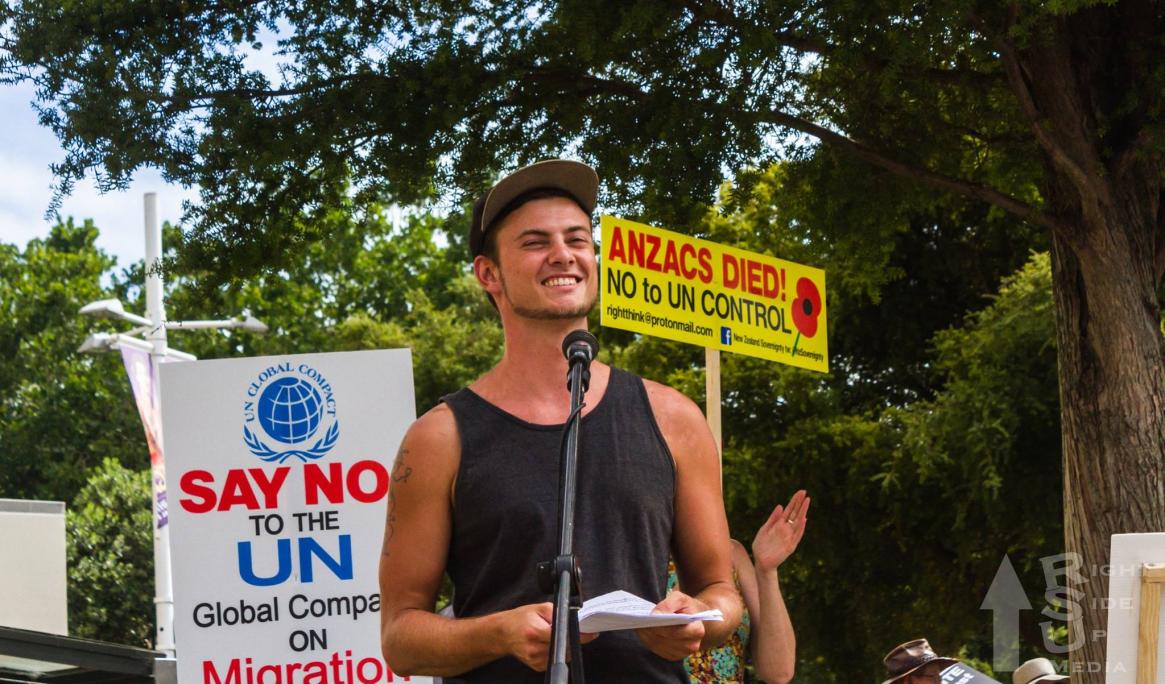 It was the first week of June when my friend Jesse Anderson tragically took his own life. We had been creating the Right Minds Podcast together for nearly three months, meeting most Tuesday nights to have dinner, chat, plan, and record. The kids loved to play games with him and he in turn really enjoyed the time we spent talking together. That was something I heard a lot from his friends and family—how much he talked about the podcast to absolutely everyone. He had cancelled on me the previous week, saying some things had come up. I assumed it was about the impending restart of his fight through the family courts. We'd been discussing about how to proceed with a new court case he'd have to fight to regain custody of his son, taken away after false allegations of abuse with no supporting evidence. He'd spent a large sum of money to get joint custody of his son to begin with, in a legal process that's openly biased against men.

He showed no ill feelings to those who drove him to despair. He told me that daycare workers and Oranga Tamariki staff were just doing their job and he viewed his primary accuser as opportunistic rather than malicious. What bothered him most of all was that in the child confiscation order there was a seemingly throw-away line about him having "white supremacist views". How does something like that—a charge which none but the most insanely deranged Marxists would throw at him after losing an argument—end up in a government file?

I've seen it said that he lost a custody battle for his son, but that wasn't the case. The custody battle was about to begin, and he had won the last one. This time things were a little different though, and the weaponisation of Oranga Tamariki against him by his political enemies visibly shook him. He always treated everyone with respect, including those with opposing views, but the fact there are such evil people out there who would target his family to get at him caught him by surprise.

I offered him all the advice and help I had, including offering to starting a legal fund for him, he thanked me and said he was looking into his options. There's a saying used by a conservative commentator about the bloated legal systems in the western world: "The process is the punishment." Jesse wasn't the first to cite the family court in a suicide note, and he won't be the last.

He actively posted on Facebook for the rest of the week. I'll always remember his last status updates: exasperation about how society could tolerate the daily mass murder of the unborn, links to a few Christian apologetics videos, and a statement of his love for all humanity regardless of race. That final post was driven by his abhorrence for the false claims of racism levelled against him.

If there's one mental image of Jesse I have, it's that time I saw him standing in front of a horde of communist agitators all by himself when everyone else had long fallen back to a position that wasn't so easily overrun. He was holding his son, who was sleeping in his arms, as he hadn't been able to arrange any alternative care that day.The image of Jesse standing alone is one he had of himself, one that wasn't true as there were always dozens of others a few footsteps away. I got a similar picture from his family, friends, and colleagues. He talked politics with everyone he knew and until recently didn't seem to have very many in his life who agreed with him on much of it.

That particular division came out a bit at his funeral, which at times felt almost like it would become a political debate. It was strangely fitting and highly reflective of his life. The funeral was attended by so many they could barely fit in the building. Many of those people had offered to help him through his various troubles or supported his various causes.

His father gave the details surrounding his death and the note he had left. He had gone through a recent breakup, which I knew of, but it was something he didn't talk to me about. He complained of his struggles with the family courts. He wanted no one to blame themselves. His father remarked that Jesse wasn't known for his good choices, which led to a few cynical chuckles. He had written a few Bible verses and two hymns on the note. One of those hymns, It Is Well With My Soul was written by Horatio Spafford after he lost his son and business in a fire and then his four daughters at sea. Jesse's intent was for those who loved him to find comfort in those words, yet I can't help but remark that he would have been better off applying it to himself.

Jesse wasn't one to do anything half-hearted. When it came to his beliefs, he wasn't into compromise and pragmatism. He genuinely and completely embraced the right-wing libertarian ideals of individual liberty, personal responsibility, and natural rights for all. He was a capitalist to the core and promoted the solutions of the free markets to all economic and social woes. He spent an inordinate amount of time arguing with Marxists online—I tried to tell him there was no point. To endlessly argue with a bunch of people who want to implement a socio-economic system that would result unfathomable misery for many of your fellow countrymen isn't going to be good for your mental health. Telling the truth in hostile environments also results in a lot of Facebook bans, of which he got his fair share. It didn't seem like his family and colleagues shared many of his political views, but based on their testimonies that didn't stop him from endlessly sharing his views with them.

Jesse was very passionate about New Zealand's sovereignty and saw it being eroded by globalist entities such as the United Nations. He was heavily involved in leading the public opposition against the ongoing attempt to override national sovereignty on matters of illegal migration and free speech. That seemed to have drawn the ire of some rather unpleasant people. You can listen to the speech he made at a rally in Auckland he helped to organise:

A common theme in the short remarks made by family and friends at the funeral was that he talked a lot about playing video games. Too much, perhaps. It's easy to spend time in fantasy worlds when they offer a temporary escape from the troubles of the real world. He was always busy with something, and very good at everything he did. A colleague remarked on Jesse's natural skill at the guitar. One of his sisters reminisced about the meals he used to cook while he was training as a chef, sounding a bit disapointed he ended up going into construction instead. At the funeral, his father described him as "hyper-active" in a conversation with me, which makes sense now. I don't think he got much rest, and nowhere near enough sleep. It wouldn't be rare for him to post something on Facebook in the middle of the night, as seems to be common for too many of my generation in this digital age.

There's a problem with being plugged-in all the time. Social media, legacy media, and even new media is driven by a lot of negativity. Bad news is news that gets people riled up. If you can't escape that well of negativity, the darkness can start to close in around you. If you turn off your phone every evening, and on Sundays, (God made us with the requirement to rest one day in seven) then you get some breathing space. You can regain some perspective. In the end, Jesse couldn't escape that overwhelming sense of hopelessness from many sources and it destroyed him.

Jesse was a vocal Christian, and more orthodox than most at that, which is what made this all the greatest shock to me. On matters of theology we had far more agreements than not. He hadn't been part of a church recently, as his previous pastor had moved overseas, although he did tell me he was looking for one. While he did study the Bible diligently, that's no replacement for the fellowship of a Christian community.

Suicide is usually viewed as a final act of rebellion against God. He knew better. Life isn't supposed to be painless. Suicide, and the idea that an easy death is better than suffering, are cultural evils that are a curse on this land in particular. We have a huge problem with suicide in New Zealand, especially among young men.

He made mistakes in his personal life that haunted him to the end. Jesse did wrong by taking his own life, "thou shalt not kill" also applies to our own lives. In his final act he did a great disservice to himself, his son, his family, his friends, his country, and his God. A Christian is to be an (imperfect) imitator of Christ, and we are to bear our sufferings as nobly as we can—like He did.

His demise rather re-enforces that people can reach a mental breaking point at which their actions are no longer rational or consistent with their character. That's the most difficult thing about most suicides, there is no silver bullet, no one overarching cause, no logic or reason sufficient to warrant it.

Jesse was a valuable contributor at Right Minds and wrote excellent satire. He got me to start the podcast which I'd been wanting to do since late 2016, and he was very active with the movement to defend freedom of speech in New Zealand. He leaves behind a son who will grow up without a father, but Jesse's parents doubtless find a measure of consolation in their grandson. His enthusiasm, wit, activism, and energy has affected numerous lives for the better.

When faced with death, we cannot help but ponder the fleeting time we have here on earth. Those who deliberately inflicted the worst of his trauma on him should be reminded they have space to repent and find forgiveness, for there will come a time where all of us will answer to God for our evil deeds—including inflicting psychological pain on others.

To those of you who shared a measure of his vision for New Zealand: the fight goes on.