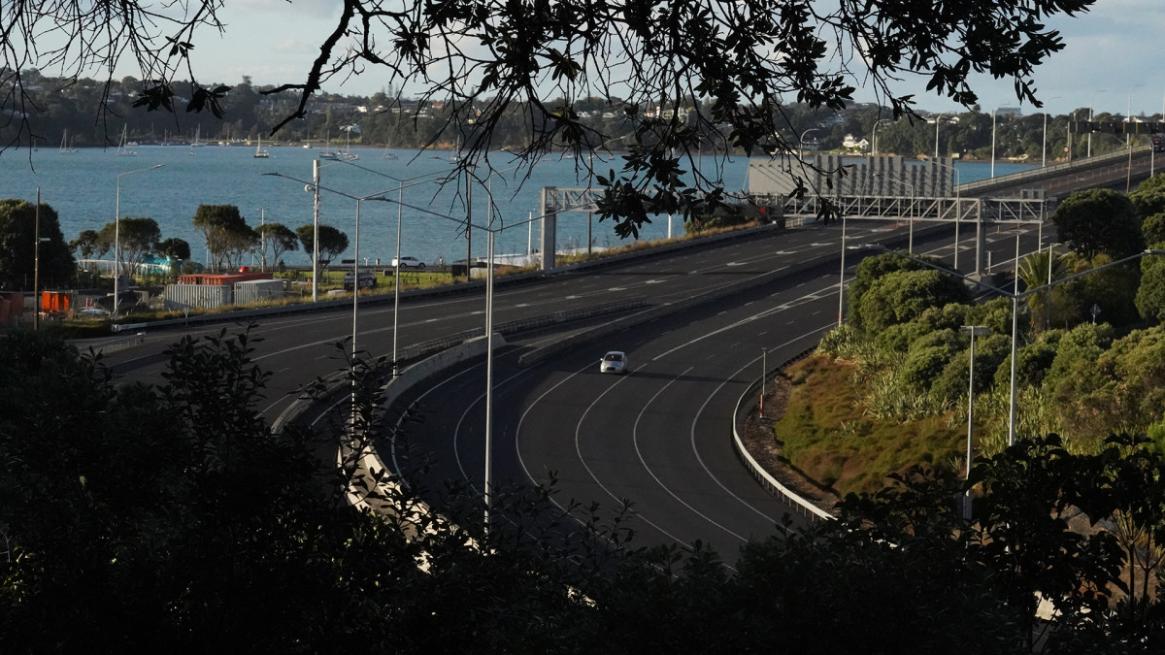 Nation Shutdown Due To Surge In Car Crashes [Satire]

MONDAY: Senior transport advisers warned today that New Zealand could be facing an unusually high road toll over the Queen's Birthday Weekend. "We've been seeing a real spike in traffic accidents both here and overseas,"  said a Ministry of Transport official. "We're not sure at this stage what has caused it, but we may need to take serious action to prevent fatalities."

We'll be back with news of serious accidents in Norway, France, Portugal, Singapore and Palau.

TUESDAY: Driver advocacy groups have urged their members to take extra caution on the roads. AA President Mr. John Fall contacted the media today, saying "This is urgent. We've got to get the fatalities down or we may lose the right to drive." A senior traffic analyst added that experts have predicted a possible road toll of 150,000 for the year.

We'll be back with scenes of horrific crashes in Lithuania, Latvia, Estonia, Eritrea and Liberia.

WEDNESDAY: Students have added their voices to the cries for Government to take action on road fatalities. Susie Pratt, speaking for SADD, said that every delay would only mean more deaths. "The road toll for this year is already higher than we've ever seen," she told the press this morning. "We must unite and fight this together as a country."

We'll be back to interview a woman who lost all four limbs in a high-speed collision four years ago.

THURSDAY: A man and woman found floating in a flooded ditch near Dargaville early Monday morning have been found to have died from a traffic accident. Expert pathologists, who have been studying the evidence, concluded today that the pair were walking along a nearby road when they were hit from behind by an unknown vehicle, precipitating them 200m into the ditch.

FRIDAY: The Prime Minister, Mr. Andrew Small, announced today that New Zealand roads will be closed to all non-essential traffic from midday tomorrow. "We can no longer wait until Queen's Birthday Weekend," he told a packed press conference. "Every hour we wait, we lose more lives. New Zealanders will just have to get used to walking. This is the new normal."

MONDAY: A 78-year-old woman was arrested yesterday near Matamata for operating a motor vehicle in a manner likely to cause serious harm. Miss Muriel Jones, who has a full license and was driving at 70kph on an otherwise deserted country road, told police that she was going to church, as she has done every Sunday for the last 78 years.

Police initially considered issuing a warning, but due to the "serious nature of the offense" decided to make an arrest and lay charges.

Miss Jones was released on bail, and may face up to five years in prison. Her family were warned not to visit her.

TUESDAY: In an unusual move, the Prime Minister addressed the nation today via television and internet. Mr. Small said that some people had been questioning the need for the road closure. "New Zealanders have to understand that this is a global crisis," he said. "Several countries have already closed their roads. If New Zealand acts quickly, other countries may notice us, even praise us. Remember the rule: Walk. Just walk."

WEDNESDAY: At a press conference this morning, a spokesperson for the Ministry of Transport, Mr. Jack Strang, answered questions about what should be considered "essential purposes" for driving. "It's anything that is necessary, anything you have to do," he explained helpfully. "We're letting trucks through if they're delivering to shops, but police have to use their discretion about what is and what isn't important.

"Police have been hearing some crazy excuses. Taking a meal to someone sick, checking an elderly relative who has falls, sitting with someone who's dying. Nobody needs to do stuff like that."

Asked what was considered essential, Mr. Strang continued, "Well, for instance, if you're addicted to heroin and you have to drive to get to your supplier, then that's essential. Or if you're, say, you're a rally driver, you've got a need for speed, then we could consider you going out on a back road somewhere and doing maybe 140 kph. Anything more than that, well, we'd probably be looking at charging you."

THURSDAY: Senior lecturer in history at the University of Canterbury Dr. Francis Faustus released a paper yesterday in which he claimed that before the advent of the motor vehicle, comparable numbers of people died in horse and carriage accidents. The paper sparked a storm of comment on social media. "He has blood on his hands," one student tweeted. A blogger noted, "This man is well known for using words like 'freedom of speech' and 'academic integrity.' He's clearly a menace to society."

Police had to be called to the university this morning, as hundreds of students had gathered under Dr. Faustus' study window, chanting "Murderer! Murderer!" A passerby said that a number of the protesters seemed to be waving weapons and things that looked like Molotov cocktails. Several students were questioned by the police, and Dr. Faustus was arrested on unspecified charges. He remains in police custody.

FRIDAY: Police have been overwhelmed with calls from members of the public reporting unauthorised driving, with some staff working 14-hour shifts to cope. The Minister for Police today urged all New Zealanders to "take responsibility" and "be good citizens". "Do whatever you have to do. Slash your neighbours' tyres, drain their fuel tanks, do whatever it takes to get them off the road."

MONDAY: Support for the Prime Minister is at an all-time high, both in New Zealand and overseas. "We've really positioned ourselves on the world stage," said a spokesperson for the Prime Minister's Office this morning. "This is not the old New Zealand, where you went to a teashop and had a cup of tea and a cardboard sandwich. We drink cappuccino now, and tagliatelle, and whatever you call that other stuff."

Up to 40,000 people have lost their jobs through being unable to get to work. But employment expert Dr. Dim Sim, brought to this country to provide motivation, broadcasted today, "It's just a pothole in the road. We'll get through it. Remember the rule: Walk. Just walk." There is no word on how long the roads will stay closed.

TUESDAY: The Ministry of Transport has released figures for the declining road toll. "We can congratulate ourselves," declared an official memo, adding that there continue to be compliance concerns. "Police are now having to arrest almost as many people for hate speech as for driving."

WEDNESDAY: Bus and taxi drivers converged in central Wellington today to protest at their loss of livelihood. "We've had no income for over a week," said one. "I can't make my mortgage payments," claimed another. "There's no food in the cupboard. Nothing."

A senior industry official addressed the crowd from a handy lamppost. "You people just need to stop moaning and take some initiative," she insisted. "Haven't you ever heard of a walking bus? Issue people with high-vis vests and get them to hold hands in pairs. Walk along in front of them, and hey presto, you've got a walking bus."

Police were called to break up the crowd.

THURSDAY: An 87-year-old man, who did not wish to be named, was refused entry to the InterIslander ferry at Picton this morning. Ferry steward Stuart Lang told the one-legged man that driving his mobility scooter onto the ferry would constitute "unessential operation of a motor vehicle." Asked how the man was expected to cross Cook Strait, Lang responded, "You know the rules. Walk. Just walk."

FRIDAY: Disgraced former University of Canterbury staff member Francis Faustus was found dead in a police cell this morning. Police initially suspected foul play, but the coroner has ruled that out. He announced this afternoon that Faustus' injuries resulted from "a high-speed car crash".