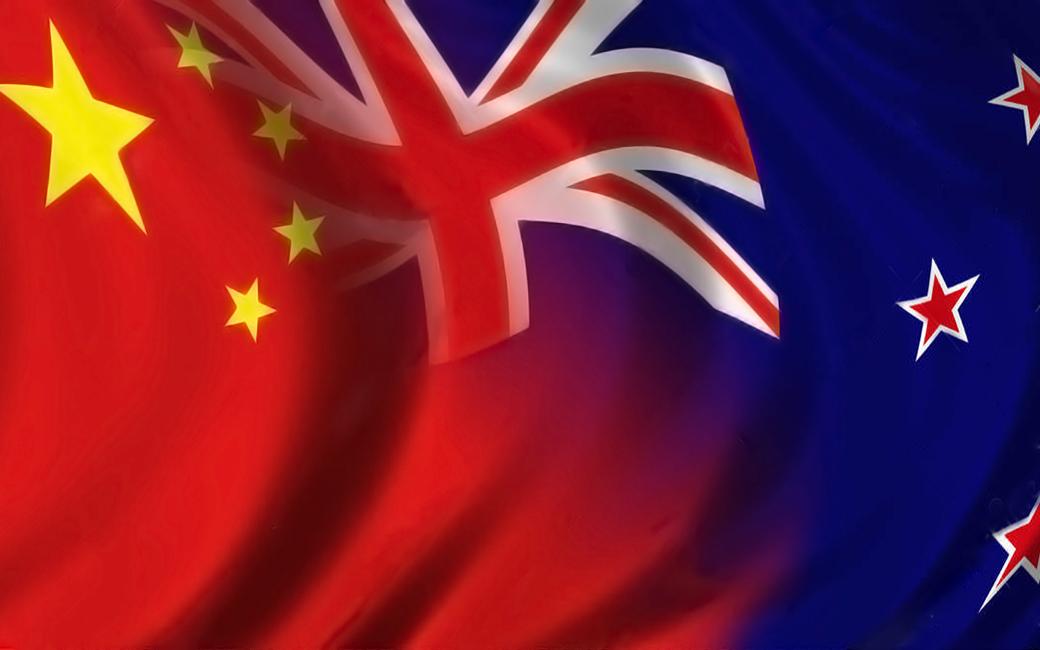 Is New Zealand's Foreign Policy Working In Our Best Interests?

The recent rift in diplomatic relations between New Zealand and the People's Republic of China presents a major challenge to New Zealand – but it also presents a perfect opportunity to question our nation's foreign policy and whether it works in our best interests.

As tensions rise between the US and China, New Zealand has increasingly found herself in a precarious geopolitical position.

Essentially we're faced with the choice between siding with our English-speaking family – Mother England, our cousin Australia and Uncle Sam – or whether we go and get hitched to our Chinese Sugar Daddy.

It's neither an easy, nor particularly nice, position to be in. If we move too close to one side, we risk upsetting the other.

This has most recently manifested itself in the controversy surrounding the government's decision to block Chinese company Huawei from building New Zealand's 5G network on national security grounds, in line with decisions made by our 'Five Eyes' partners Australia, Canada, the UK, and the US.

The results have the potential to have a devastating effect on New Zealand's relationship with its biggest foreign export market, with huge economic ramifications.

One expert on China noted that the Chinese have a tendency to "retaliate first, rather than complain" in diplomatic matters – and while it's not yet certain just how angry China is, the signs are there that the world's most populous country - and a nation where keeping 'face' is an integral part of the culture – may have taken offence to our actions.

On the other side of the coin, New Zealand has faced criticisms from its Five Eyes partners that Chinese influence has "gotten very close to or inside the political core" of New Zealand politics, with one CIA analyst testifying before the US Congress stating that he believes New Zealand's presence in Five Eyes should be questioned.

It's a fair criticism – let's not forget that the National Party has an MP who is literally a Chinese spy. And we're assuming he's the only one.

We're also a country where buying a politician is dirt cheap – donations to candidates cannot exceed $26,200, which is peanuts to any wealthy institution, corporation or nation wanting to buy itself a set of Parliamentary puppets. I never thought I'd hear myself praising the billions of dollars that are thrown around during US elections – but at least if you're going to buy a politician in America, you're forced to pay through the nose for it, unlike here.

And it's not just politicians who are being manipulated by China either – the New Zealand Herald have been caught self-censoring articles critical of China. (Quelle surprise – who would have ever suspected the Herald of being biased or unreliable?) And then of course we have the very high profile and serious issue of Chinese spies committing illegal acts to intimidate New Zealand academics critical of the regime.

Our 'traditional allies' have just cause to be wary of whether or not New Zealand's institutions are robust enough to withstand Chinese influence.

The question that remains is what do we do? If we continue down the path of basically being another American puppet state, the effect on the economy will be devastating. But no one really wants to be cuddling up to a regime as violent and nasty as the Chinese one.

Unfortunately, so far as I can see, we have no choice but to avoid upsetting China for as long as our economy remains dependent on them.

Not only that, we need to start asking questions – as the Americans and Canadians are – about whether or not it's appropriate to remain part of Five Eyes.

Our traditional way of thinking is that we should remain allied to the west, who will defend us if we come under attack from a hostile foreign power. The biggest threat to New Zealand is usually assumed to be China, with Russia an occasional bogeyman on the side – and there is no doubt that New Zealand is frequently the target for Chinese and Russian espionage.

However, the reason that New Zealand is a target is not because we are of any valuable strategic importance – a cluster of islands at the bottom of the world, containing a few sheep, is not worth starting World War III over. The reason is quite simply because we are a member of Five Eyes, and the weakest link in the chain.

We're a country with a docile, unquestioning, war-averse population with access to classified British and US intelligence, and therefore the easiest way for the enemies of those countries to get at them.

For New Zealand, remaining in Five Eyes is actually more of a national security risk than it is a benefit.

But what are the benefits of remaining close to our old allies? One of the justifications for New Zealand sending troops to Afghanistan in 2001 was that maybe, quite possibly, if we're lucky, pretty please, the Americans might throw us a trade concession - or even two.

For the price of the lives of a few young Kiwi soldiers every few years, in return New Zealand gets... well, that's the problem. We really don't get much for our loyalty to our traditional allies.

In one way or another, all of our traditional English-speaking 'friends' have stabbed us in the back: Britain did it in the 1970s when they joined the EEC and left us high and dry (and then refused to confront the French over the Rainbow Warrior bombing in the 1980s, despite our efforts for them in the Falklands War).

America's bullying of New Zealand over our nuclear ban is well documented – ironically I'm not actually in favour of the ban myself, but the way the Americans reacted was enough to almost make me a supporter of it.

And even our ANZAC brothers have not exactly been treating New Zealanders particularly well, with Trans-Tasman relations having been at a pretty low point for the last few years.

For all we've sacrificed, our allies have done very little for us – the closest we got to free trade with the US was the utter disaster that was the TPP – a trade agreement which didn't even give New Zealand's all important dairy industry access to US, Canadian, or Japanese markets. (But hey, the deal meant we could sell them as much Lord of the Rings memorabilia as we wanted!).

In exchange for precisely nothing, the Americans got to make our laws for us – a clause which has allegedly been removed from the revised CPTPP mainly due to America itself being absent from the deal.

To be fair, there's a slim chance that we could get a decent deal with the UK if they manage to escape the clutches of the EU. But considering that Theresa May wanted to remain in the customs union (thus meaning the EU still controls the terms of trade) and considering how Brexit actually taking place becomes less likely by the day, this is not something I'd bet the NZ economy on.

If we had economic ties and free trade with the US, the UK, and the EU, then remaining entangled in our traditional alliances would be a no-brainer.

But you can't pick your customers – China holds all the cards where our economy is concerned, and remaining part of the western alliance costs us a lot more than it gains for us.

I say that with some very important caveats: By no means do I want us to become a Chinese puppet. I'm not a Sinophile by any stretch of the imagination – few regimes in the world fill me with as much loathing as the PRC.

By contrast, I'm also no anti-American – notwithstanding some poor decision making and several questionable acts throughout history, I do believe that the values of liberty that underpin America represent humanity at its best, and if I want any country to be the world superpower, it's them.

What I'm advocating is that we declare ourselves a neutral country – a Switzerland of the south seas. Our Prime Minister often talks about New Zealand having an 'independent' foreign policy, but the reality is we're always someone's puppet.

Neutrality is the only sure path that I can see towards ensuring our national sovereignty.

If New Zealand was a larger, more resource rich nation in a different location, I'd be making a very different argument here.

But we have to face facts: For as long as we're an obscure, tiny country dependent on foreign trade, we can't risk biting the Chinese hand that feeds.

Our best option is to ensure peace, prosperity and the continued existence of the New Zealand polity is a foreign policy of neutrality.

Continuing to allow ourselves to become a battleground in the struggle between East and West invites only our own destruction.