I've been taking a bit of a break from writing during my downtime to catch up on reading and to do some much needed work around the house. During the past few weeks I've been able to follow some great entertainment in what has become known as the Groyper War, which is focused on real life trolling in a well-presented manner by asking well crafted questions at Conservatism Inc events.

In the space of a few minutes, you can watch Charlie throw conservatism overboard for endless liberal talking points. Charlie didn't see it coming and he got "groyped". That was only the beginning, he was hounded for the next weeks by mobs of young conservatives chanting "America First" after he failed to answer tough questions that he should have been able to adequately respond to.

I checked out the channel of 21 year-old Nicholas J. Fuentes, host of a daily Youtube show called America First, of which he had done nearly 500 episodes, and a leader in this new conservative movement. Allegations of him being some kind of "white nationalist" were already swirling. I got to witness the anatomy of a hi-tech lynching in real-time. He is a staunch Catholic (that's one mark against him) and campaigned for Donald Trump in 2016. He had attended the now infamous Charlottesville rally, but since been openly opposed to the exposed and discredited alt-right leaders. He acts out a "joker-like" personality on his show which is brimming with sarcasm and dank internet humour.

This past weekend the spin machine got into full swing: "Michelle Malkin refuses to disavow holocaust denier Nick Fuentes" read the Soros-funded headlines that were gleefully shared by the woke conservatives Fuentes had targeted. Michelle Malkin is a well-known conservative writer and pundit, and the only conservative influencer to embrace Nick Fuentes when things got hot. The headlines were an outright lie, based on one quote from his 1,000+ hours of livestreams where he had read out an edgy superchat about the Holocaust death-toll. He has publicly stated that he does not question the Holocaust and never has. 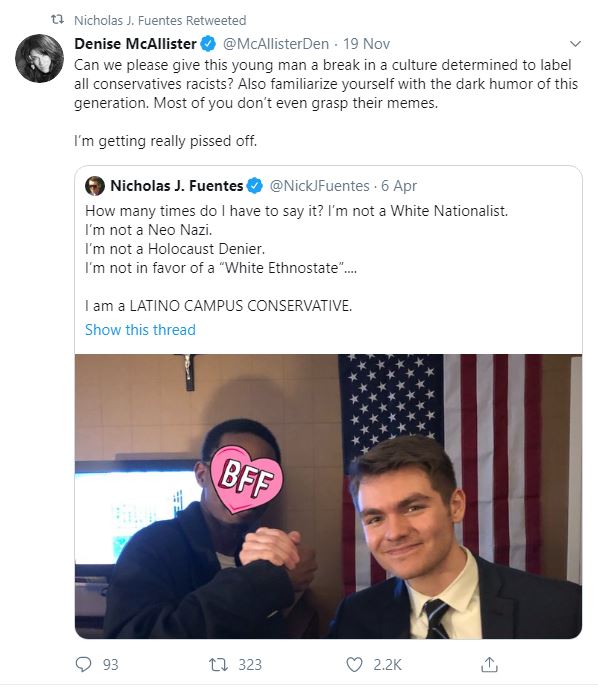 I've heard multiple members of Conservatism Inc, especially from TPUSA, Human Events, National Review, and the Daily Wire repeat this smear ad nauseum. It's been sad to watch, to see them choose their fame and money over the truth. The list of smears is long: he supports segregation (he doesn't), he threatened to stab Ben Shapiro (he didn't), he's a white nationalist (he isn't) who wants to build an ethno-state (he's of mixed-race), and that he's alt-right (he's never claimed to be). It goes on.

The America First Conservatives  have 3 main grievances with Conservatism Inc:

Of course, the Groyper Wars aren't all good optics. There have been plenty of dud questions asked, plenty of probable racists (encouraged to infiltrate by both alt-right leadership and conservatives like Ben Shapiro), and bad presentation of questions. Genuine trolling happens, which is entertaining, but doesn't help normal people watching who just find it confusing. Yet when it comes to most questions, Conservatism Inc responds by creating strawmen and smashing those down or regurgitating rehearsed talking points rather than answer the questions. Time and time again they play the individuals rather than the issues. The tactic used by groypers to expose their targets as hypocrites only works against those who are not expecting it or are wholly unprepared for the onslaught.

Fuentes has made some rods for his own back, but Conservatism Inc did not have to engage in a slanderous take-down if they did not feel threatened. Matt Drudge probably put it best with his headline "Fuentes rising", and that's exactly what the neoconservatives are trying to stop.

You have these mainstream conservatives, now rightly called "gatekeepers", who will happily hang out with transvestites and abortion holocaust supporters, and then refuse to sit down for a talk with another conservative because he said mean things about them and believes that the demographic change of mass-migration is going to go badly for conservatives. They'll take the corporate money of those who rely on cheap migrant labour and then slander those who threaten their power base.

"Demographics don't matter," they scream as they lose elections due to the same demographic changes they claim don't matter. Most of them were Never Trumpers and now they're half-heartedly engaging with the issues that got Trump elected so they don't lose their audiences. What's the point of eloquently dismantling abortion while you import a million abortion supporters into the country every year? What's the point in giving endless speeches about how socialism sucks when you import a million socialists into your country every year?

What's the point in having a brand of conservatism that conserves nothing? 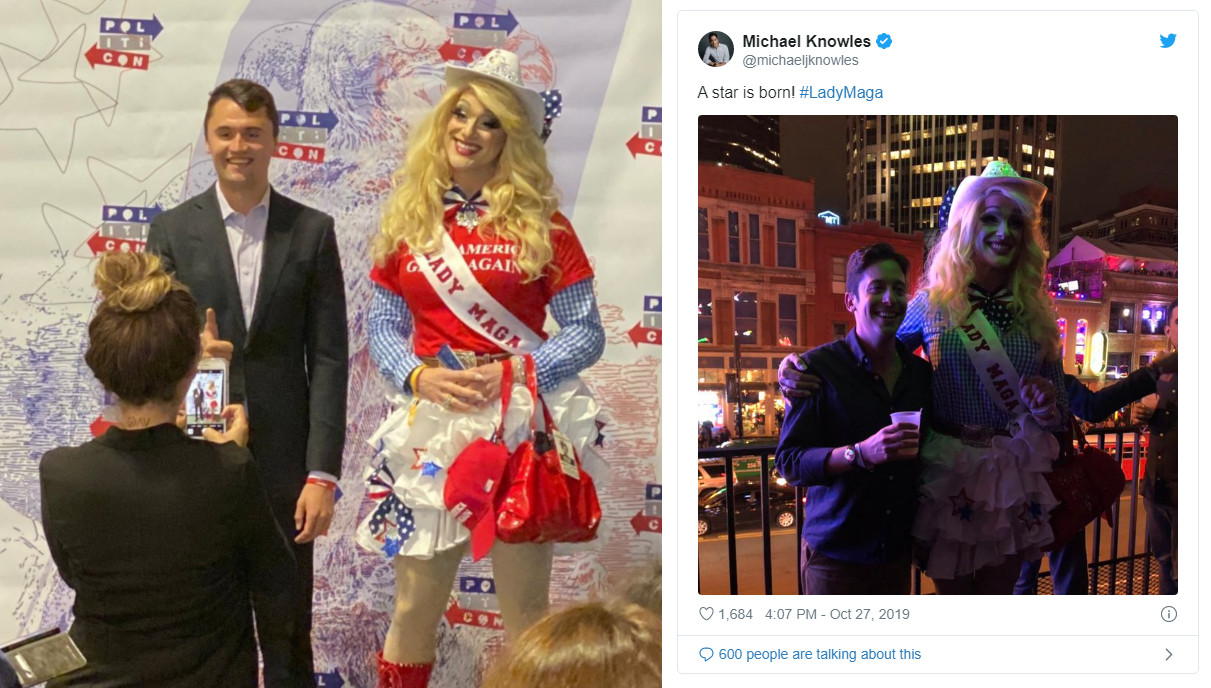 It's not like many of the things Fuentes talks about are new. Conservative pundits used to talk about these things before they decided that conservatism needed to "progress" to promoting drag queens and cheap immigrant labour. Most of what Fuentes believes in is classic paleoconservatism in the school of Pat Buchanan, mixed in with some 21st century pop culture and entertainment. I don't agree with everything Fuentes says or how he presents it, but I have seen nothing worthy of the all-out assault against him.

The likes of Michelle Malkin, Ann Coulter, and my personal favourite Mark Steyn, have been talking tough issues for decades, issues that the "respectable" conservatives won't touch. Steyn often says that if respectable politicians consider the issues beneath them, then the people will turn to unrespectable politicians like Trump and Le Pen.