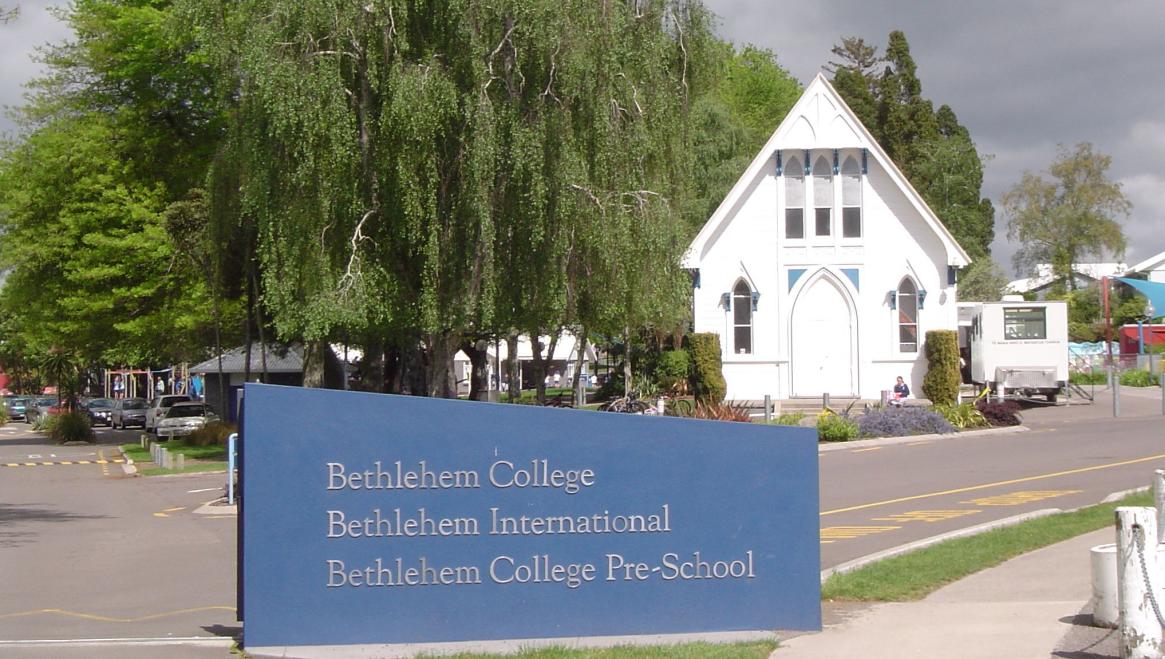 The Persecution of Bethlehem College

The war on Bethlehem College has been carried out in a coordinated way. It started with a march on the grounds by students who embrace an ideology that runs contrary to that of the school. Bethlehem College is a state-integrated Christian school that requires families to affirm basic Christian orthodoxy, including biblical views on marriage and gender. This month has seen a persistent campaign led by monsieurs Shaneel Lal and David Farrier against the school and the Christian religion.

Former students I've spoken to hardly describe Bethlehem as a bastion of conservatism, which is perhaps why it was targeted. No self-respecting Christian school should allow a fifth column to form within the ranks of its pupils, as it appears has already happened here. Bethlehem made a Faustian bargain by integrating in 1999 to secure state funding. It was inevitable that the devil's men would come knocking to collect their dues.

The board of Bethlehem College may hold the line now, but the attacks will continue and become more sophisticated with state-integrated schools that now rely on funds to operate being prime targets. What's really needed is more secure legal guarantees and independence for religious schools to be able to adapt to a changing and more hostile cultural environment. (Such an idea has been promoted by New Conservative.) Activists with influence over the Ministry of Education can and will do lots of damage to state-integrated religious schools before moving on to more difficult targets like private schools and homeschoolers.

They're coming for your kids and they want to make sure you know it.

This is why it's important to fortify the institutions we do have against the wolves without and within. Christians need to support their local Christian schools (or homeschool organisations) more vigorously to make sure they are able to withstand the storms.

Farrier promotes "progressive Christianity" and more subtle subversions of the person and work of Jesus Christ. It goes without saying that the Bible's teaching on what constitutes sin is rather clear, from the Old Testament to the epistles of the Apostle Paul. They hate the Scriptures, especially Paul (the most hated man in history after Jesus). Yet the claims that Jesus is silent on these issues in the gospels is the most brazen of lies. As part of his earthly ministry, Jesus gives a clear definition of marriage and drastically narrows the parameters for divorce. He tells those in sexual sin to "go and sin no more" (i.e. stop fornicating around). He worked physical cures while pointing to the far more important and permanent spiritual cure.

He didn't come to affirm your afflictions, He came to save you from your sin.

This is why those who persecute Bethlehem College do so with the most devilish of heresies. Telling sinners they're not doing anything wrong is the most hateful thing a Christian can do. That is what they demand of you: join them in their spiritual hatred and deny the gospel. As Christians, our identity is in Christ. He buries old identities and raises up a new one. Rosaria Butterfield's Secret Thoughts of an Unlikely Convert is a beautiful account of such a journey from her old life as a lesbian professor to a Christian.

The persecution we face right now is far more subtle than the threat of imprisonment or death. They'll financially cripple Christian institutions and individuals. They take the heart of Christian compassion and invert it, weaponising it against the gospel.

This is why the LGBT death cult is the antithesis of Christianity. They exist in a comfortable paradox that is biological where it suits and a matter of identity (in spite of biology) as required. Their identities are rooted in material desires and their bodies are "reborn" in the image of self-perception. The ideology requires active "affirmation" from all, and refusal to do this is perceived as an existential threat. It is more than just a social contagion, it is a totalising religion.

Breaking forth on the Roman world two thousand years ago, Christian views on acceptable sexual behaviour, male-female distinctions, elevation of motherhood, opposition to the murder of the preborn and newborn babies, and freeing children from sexual exploitation and grooming seemed offensive. It was seen as reactionary and repressive to the point of madness. Worst of all condemned them as sinners. Yet the proto-LGBT cults crumbled and Christ triumphed.

There is nothing new under the sun.