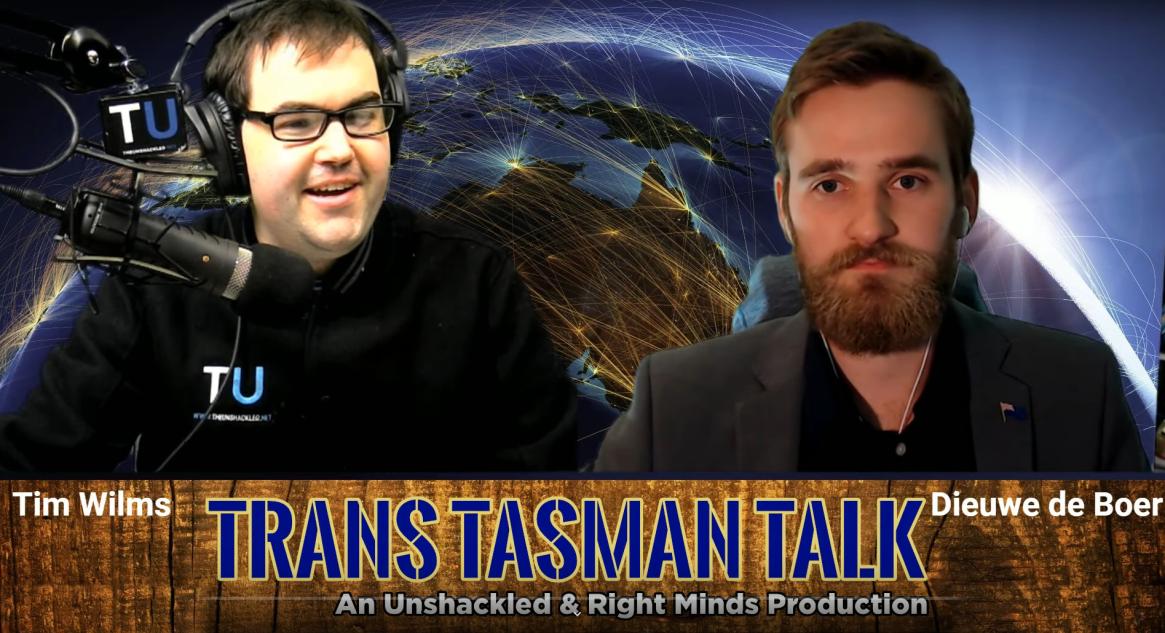 Tim Wilms has been spending time in court to observe the blasphemy trial of former United Patriots Front leader Blair Cottrell, who is being prosecuted for staging a mock beheading outside a mosque construction site. Racial disharmony, religious libel legislation, similar cases in both countries were discussed on the show.

Bushfires have been raging in New South Wales and they seem to be getting worse. The left blame climate change, but they've been responsible for gross mismanagement of forestry and water resources — much like in California, whose fires Australians are partly responsible for. Farmers in New Zealand will be protesting outside Parliament this week as the entire establishment voted for it, with only a lone libertarian MP in opposition. There have been changes to forestry and water management on this side of the Tasman too, and perhaps we are finally seeing the beginnings of a farmer revolt.

Margaret Court, considered to be Australia's best ever tennis player, has been in the news for her normal Christian views on morality, sexuality, and marriage. Tennis have announced that they won't be "celebrating" her next year, although they will recognise the anniversary of her greatest achievements. Leftists who normally hate the Bible tend to become experts very quickly when they can abuse use it in their perceived favour.

Jacinta Price has had to resort to begging activists to not exploit the death of her nephew, who was fatally shot by police in the Northern Territories. People should wait for the facts on police brutality, especially when there's not a hit of evidence of wrongdoing by police.

A Maori tribal group has attempted to claim land n Sydney, but a court has denied it. Reverend Marsden did loan them land in 1811, but it has long since reverted in ownership.

Q&A has had an embarrassing week and pulled an episode after its feminist panel was accused of promoting violence. Dieuwe had a few agreements with Mona, but Tim highlighted a passage in her new book where she argues for the systematic killing of men. Feminism can be very dangerous in large doses.

Tourism NZ paid $100,000 for left-wing host Steven Colbert to visit the country. They claim they'll get back 5m in tourism, but it's not the job of the government to encourge American left-wingers to come here. There are plenty of better ways to spend or invest a $100,000 — especially since the supposedly gains of celebrity tourism often never materialise of cannot be measured.

Discussions of Nick Fuentes and his friends featured heavily. The questions being asked of the Conservative leadership are mostly very good and highlight their hypocrisy on foreign policy, immigration, and sexuality — with Charlie Kirk especially now promoting drag queens. Conservatism has lost its way under the long rule of the neocons, but the young Bachanites might be able to right the ship.