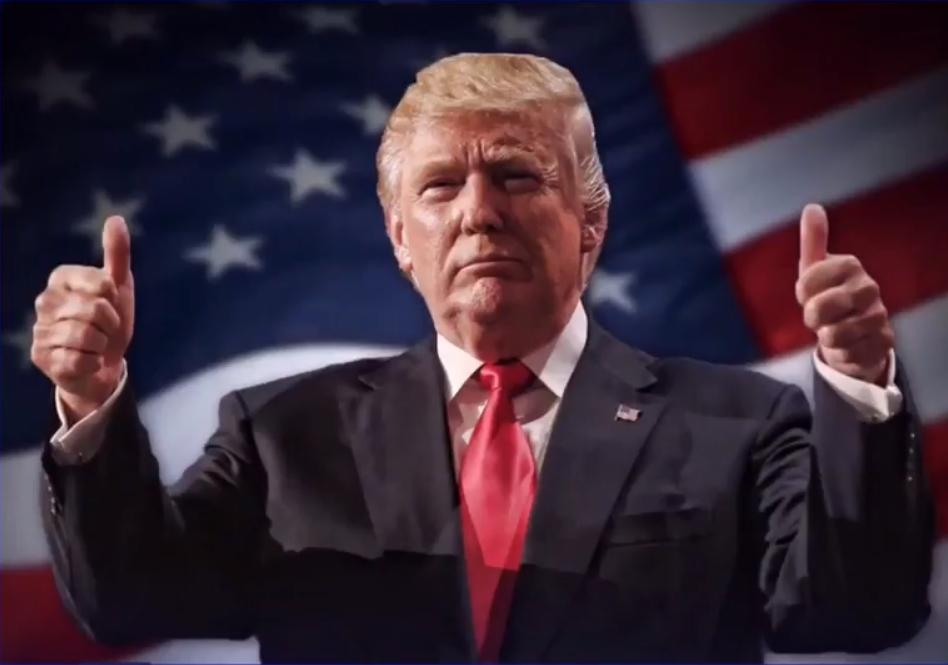 Trump: The Enema Of The People

Question: Which American president has been the most ardent defender of gay rights?

Bill Clinton? All he could muster on the right of gay people to serve their country was a weak "Don’t ask, don’t tell". Obama? In the waning years of his presidency he came round to the idea of gay marriage with about as much enthusiasm as I do when I’m eating my Christmas dinner Brussels sprouts.

The answer of course is Donald J. Trump.

Trump was the first president to assume office with the view that gay marriage was the "settled law of the land." In June 2016, when an Islamo-madman took out 49 people in a gay nightclub, he tweeted, "As your president, I will do everything in my power to protect our LGBTQ citizens from the violence and oppression of a hateful foreign ideology."

Arguably with his curbing of Islamic immigration to the USA (down 91% for refugees during his time in office; 26% and falling for immigrants), he’s doing just that.

These are but sequins in an Elton John jumpsuit compared to the news this week that the Trump administration has decided to push for a world-wide decriminalization of homosexuality.

Partly prompted by the recent hanging of a gay man in Iran and headed by openly gay Trump-appointed ambassador to Germany, Richard Grenell, the strategy is to use American soft power, the UN and LGBTQ activists to push for law changes across the globe.

With over 70 countries still having explicitly anti-homosexual laws on the books, even if this is only mildly successful it should make President Trump the biggest gay icon since Liza Minnelli.

Can you imagine the t-shirts?

I’d say he’s half-way there already. Think about the way he speaks. Everything is "tremendous", "fantastic", "wonderful", and "terrific". And those hand gestures…

I say "should" because in this world of epidemic Trump Derangement Syndrome the news was met with either silence or derision. Our local lame-stream media hardly covered it. Why try for objectivity when you can keep running the usual crap from the Washington Post on how he forgot Melania’s birthday / once had a Russian golf partner / eats Big Macs in bed?

The derision came inexcusably, but predictably, from progressive quarters. Out! magazine published a truly moronic piece claiming that the announcement was "an old racist tactic" and came from "a colonial sense of paternalism". The writer then went on to claim that in Iran "enforcement of anti-gay laws has softened somewhat."

What does that mean? They only hang gays every other week now?

Locally, it’s much the same, with the chants for last fortnight’s Pride march including plenty of anti-Trump dirges. Obsessed with such edifying questions as to whether a man who lops off his old fella can ever be a woman in the same way Meghan Markle is, progressives and the gay "community" seem oblivious to the brutal treatment of their comrades internationally and this unprecedented attempt to fight it.

In his typical style, the Don has seen through all the crap around gay rights – think the cake baking kerfuffle which went all the way to the supreme court – and focused on what matters, gay people getting killed or imprisoned for their sexuality usually in Islamic countries.

Trump, a world class purveyor of bullshit himself, seems to have a nose for detecting it in government policy.

Take Israel. For decades Presidents have promised the Jewish lobby they would shift the American embassy to Jerusalem, but have wimped out under UN and Arab nation pressure. Trump, faced with apocalyptic predictions if it’s moved, did it anyway. Nothing much happened. Because the predictions were seven sorts of crappola.

Take the southern border. Illegal immigration from Mexico and drug trafficking have plagued US administrations for forty years or more. Trump’s solution: build a bloody big wall. Simplistic maybe, but even if his time in office only results in the border being secured by some other means, he will have done America a great service.

That’s why so many voters sent him to Washington. Their belief that this guy, blunt, buffoonish, vulgarian that he is, is the only one with the elephantine cojones needed to clear out the Augean stables of government.

Donald J. Trump, the enema of the people.