In 1212, children, first in France and then in Germany began defying their parents, leaving their farms and villages to join the Children's Crusade. Under the sway of a charismatic young shepherd, Nicholas of Cologne, they had become inflamed with religious zeal and the mad aim of retaking the Holy Land from the Mohammedans. They marched to Genoa in Italy, Nicholas promising the waters would part (Charlton Heston-like) allowing them to walk across the Mediterranean. When they didn’t, Nicholas found serious questions being asked about his leadership. Like "what the hell does this spotty-faced booger-eater know?"

Well, they were kids.

Although known as the Children’s Crusade it was never sanctioned as a true crusade by Pope Innocent III. He did however, tacitly support it by allowing the sprogs to take Crusader Vows – conscripting them into a suicidal god squad, ready to risk life and very small limbs for the return of Jesus’s hood.

They never made it to the Holy Land. Most gave up but some got to meet their Muslim adversaries—when they were sold as slaves in Tunisia.

The Hitler Youth would be one. A Boy Scouts with attitude and shinier boots, starting at the tender age of ten, children were brainwashed with such politically useful ideas as in order for "Germany to live" they may have to die. Which they duly did in the closing days of the war when the Hitler Youth combat brigade was charged with defending Berlin.

Another echo would be the Vladimir Lenin All-Union Pioneer Organization known as the Young Pioneers. When the Soviets came to power they decided to ban the 'too-bourgeois' Boy Scouts and replace them with something more communist (well they were half right; men in knee-high socks leading children into forests is probably best avoided). The Young Pioneers played sports, had summer camps, sang songs, and messed about with flags and parades. Their motto was "Fight for the cause of the Communist Party of the Soviet Union!" Which is slightly less catchy than "be prepared".

During World War Two, many of them died fighting Nazis on the Eastern front. 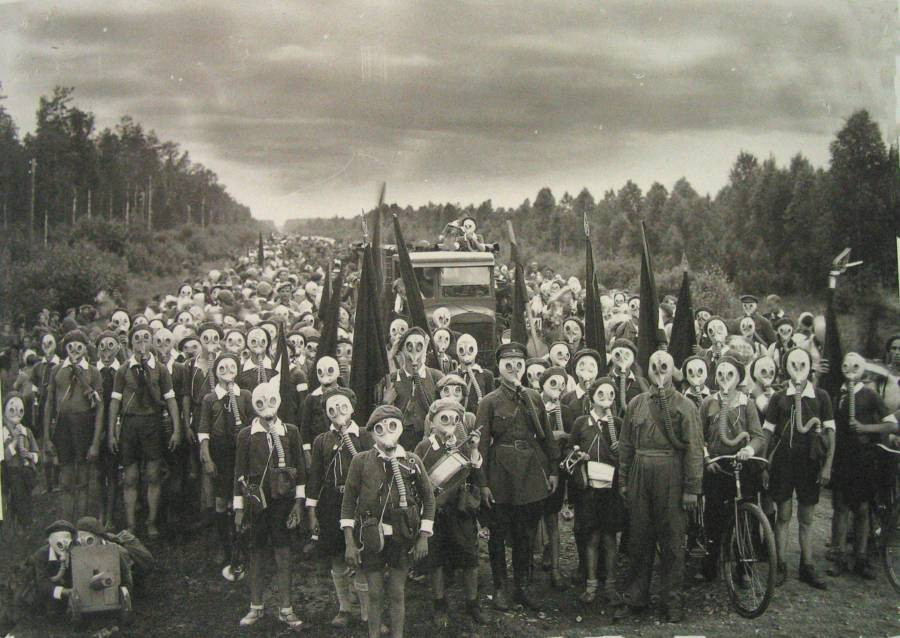 The latest and dimmest echo is about to take place in New Zealand on March 15. Following similar actions in Europe, the U.S., and Australia, school kids here will bunk off for a day to protest climate change and demand government acts to curb it. Greenpeace and a gaggle of worthies have voiced their support. It is the sad culmination of a movement that began after the Parkland shooting in the U.S when some of the surviving teenagers were fated by adult activists such as Michael Moore. These traumatised kids were encouraged in their ‘mass walkouts’ and marches to follow a progressive agenda of gun control legislation.

The left have decided it’s OK for children to be conscripted into the culture wars.

Figures like Moore – childless, never seen out of baseball caps and jeans – want to 'adultize' kids and infantilise the issues. Since the 1960s, educational theory has been dominated by ideas such as Jean Piaget’s constructivism and Carl Roger’s learner-centred teaching, that subvert the role of adult authority in the classroom, and by extension society. In the teacher’s training college I attended, Piaget’s idea that a child was a "little scientist" "creating" knowledge for their own uses was drummed into us. Years later, attempting to teach 30 kids on a rainy afternoon, I decided that most of them could be more accurately described as a little something else beginning with "s".

The supposed spontaneous activism of these children, obviously coached by ex-hippy teachers and left-wing parents is being justified on the grounds that climate change will affect them the most.

By this logic, government debt, changes to superannuation, even foreign policy alignments could be reasons for "playing hooky".

If conservatism is the dawning realization that your parents were right, progressivism is the stubborn refusal to act like them. Keeping to those hum-drum but necessary commitments and responsibilities like paying bills, and showing up at work.

Of course, most of the kids who will "strike" on March 15, won’t show up at the protest marches either. The malls and video game arcades will be full of them.

Acting like children, rather than pawns in the adult game of politics, and that will be for the best.